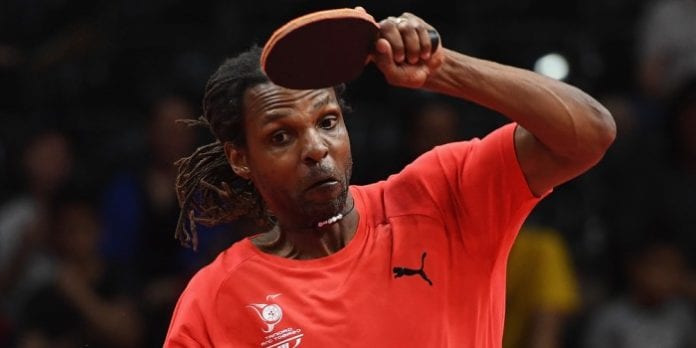 The 51-year-old passed away on Thursday in France following a short illness, with his wife, Jeromaine and two daughters, Rheann and Axelle at his bedside.

St Louis was the only table tennis player from T&T to qualify for the Olympics, turning out at the Atlanta Games in 1996 and the Beijing showpiece in 2008.

In a statement issued on the behalf of his family, St Louis was hailed as “indomitable”.

“Dexter will be remembered for his relentless work ethic, sense of humor and passion for justice, as well as for his honesty, fair-play and his open and transparent approach to sport and to life,” the statement said.

St Louis most recently represented Trinidad and Tobago at last year’s Commonwealth Games in Gold Coast, Australia, going out in the preliminary stages.

He played professionally in France after landing a contract in the early 1990s.