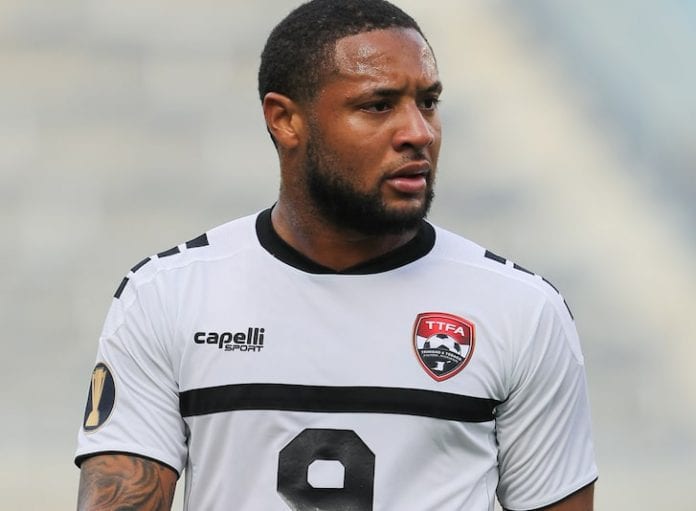 PORT OF SPAIN, Trinidad (CMC) — Trinidad and Tobago international Shahdon Winchester died tragically on Thursday, December 19, when the vehicle he was driving was involved in a collision.

Media reports said the Nissan X-Trail driven by the 27-year-old Winchester crashed into a utility pole and burst into flames, killing all four occupants.

The accident occurred along the Solomon Hochoy Highway in south Trinidad.

His death was announced by the Trinidad and Tobago Football Association, which offered its condolences.

“Trinidad and Tobago forward Shahdon Winchester has been confirmed as one of the persons who have died in a vehicle accident this morning in Gasparillo.

“This is truly tragic news for us. May his soul rest in eternal peace.”

Winchester earned 23 caps and scored six goals for the Soca Warriors after making his debut in 2010, and most recently turned out for the national side in an international friendly against Guyana two years ago.