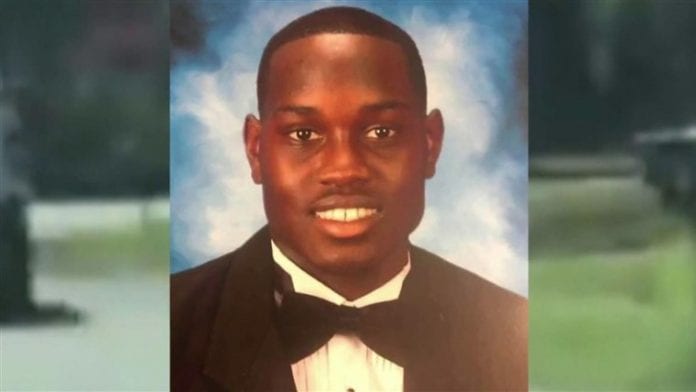 According to an AFP report, top NFL quarterback Tom Brady has joined dozens of athletes in calling for a U.S. federal investigation into the shooting death of unarmed black jogger Ahmaud Arbery, 25, whose killing by two white men in Georgia was captured on a video, triggering wide outrage.

The NFL’s Players Coalition, established in 2017 to campaign for social and racial justice, sent a letter to U.S. Attorney General William Barr demanding action over the slaying of Arbery last February.

Arbery was killed while jogging during the day through a residential neighborhood in Brunswick, Georgia.

As evidenced on the video, Arbery was chased by Gregory and Travis McMichael, father and son, and Arbery was accosted by the son and in an ensuing struggle Arbery was shot deliberately. Both men were arrested and charged with murder on May 7— 74 days after the murder and only after the public outrage over the cellphone video which showed the killing.

In its letter to Barr, the Players Coalition said a federal investigation was necessary to restore confidence in the justice system.

Authorities in Georgia have been criticized for their failure to arrest or charge the McMichaels, for over two months, despite having the evidence contained on the video footage.

“The local investigation into this case is marred by conflicts, inaction…and the current prosecutor’s total failure to act until social media forced his hand,” Players Coalition co-founder Anquan Boldin wrote in the letter to Barr.

“The local police force can never be independent, as the elder McMichael used to work there…If people are to have faith in the justice system, the Department of Justice must act with the FBI leading the investigation.”
Brady was among dozens of current and former NFL players who co-signed the letter along with several figures from the NBA, including Golden State Warriors Head Coach Steve Kerr.

Presumptive Democratic presidential candidate Joe Biden also called for justice, tweeting, “The video is clear: Ahmaud Arbery was killed in cold blood. My heart goes out to his family, who deserve justice and deserve it now.”