The three senior players Nicole Dixon, Shanice Beckford and Khadijah Williams, have been told not to return to training until they appear before a disciplinary committee of Netball Jamaica.

Hey were fired as the Jamaica team prepared for an upcoming series against Barbados.

The players have been reported opposed to Allison-McCracken’s coaching methods and were disruptive and disrespectful.

The coach is said to have the full backing of the board.

Richards and Dixon have been members of the national senior programme for several years now.

In 2015 they were signed by Team Northumbria in the Vitality Netball Superleague in the United Kingdom.

Williams has also represented Jamaica for several years and was a member of Jamaica’s team to the Commonwealth Games in 2014. 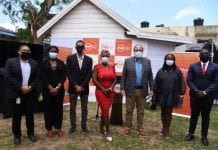