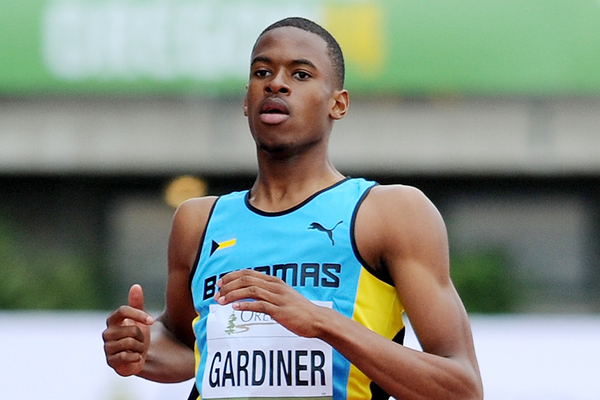 DOHA, Qatar, CMC – Steven Gardiner lifted the spirits of Bahamians with a convincing victory in the men’s 400 metres at the IAAF World Championships on Friday.
Weeks after Hurricane Dorian deviated parts of his homeland, the 24-year-old Gardiner, whose last 400 defeat came when claiming silver at the 2017 World Championships, bided his time before unleashing a devastating burst of speed over the last 150 metres to blow away his rivals and set a national record of 43.48 seconds.

It was one of two medals for the English-speaking Caribbean on the seventh day of competition at the Championships, following up a bronze for hurdler Rushell Clayton of Jamaica in the women’s 400 hurdles which was won in a world record time by American Dalilah Muhammad.

Gardiner’s grandmother’s wooden house was flattened by Hurricane Dorian and his father’s home was also badly damaged, but those painful thoughts were quickly wiped away, as he gushed following his triumph.

“I went through the rounds perfectly,” he said. “I can’t believe I am a world champion. I was born in the Caribbean and everyone did their best (in this race). It feels pretty good.”

“It’s so big to win two medals (the other being fellow quarter-miler Shaunae Miller-Uibo) for the Bahamas after the hurricane. We did it for our country.”

Pan Am Games champion Anthony Jose Zambrano of Colombia lowered his personal best of 44.55 set in the heats to record a South American record of 44.15 for silver.

Jamaica’s Demish Gaye trimmed 0.09 from his personal best to record 44.46 for fourth, 0.08 clear of Grenada’s former World 400 champion Kirani James, who will draw huge encouragement at his return to the big time.

The 26-year-old Clayton had to settle for third in the women’s 400 hurdles with a personal best time of 53.74 secs, as American Dalilah Muhammad broke her own world record to win with a time of 52.16, edging out her compatriot Sydney McLaughlin in a gripping race.

Clayton and other competitors were hardly a factor in the race, as Muhammad dominated, but finished only slightly ahead of silver medallist McLaughlin.

Muhammad had a narrow lead over the first 100 of the race before extending her advantage, as they came through the second bend.

The two Americans opened up a large gap on the rest of the field in the second half of the race and McLaughlin, aged 20, just failed to catch her compatriot, settling for second in 52.23.

The 29-year-old Muhammad, the 2016 Olympic champion, crossed the finish line 0.04 faster than the previous world record she set at the American trials in July in Iowa.

In other results, Jamaica’s men crashed out of the 4×100 relays in the heats, but the women’s advanced to the final.

The Jamaican men, comprising Oshane Bailey, Yohan Blake, Rasheed Dwyer and Tyquendo Tracey, clocked 38.15 and finished fifth in the first heat and were unable to book one of the two non-automatic spots.

The Jamaican women, anchored by Natasha Morrison and comprising newly-minted World 100 champion Shelly-Ann Fraser-Pryce, Natalliah Whyte and Jonielle Smith, finished in 42.11 to win in the second heat to automatically qualify.