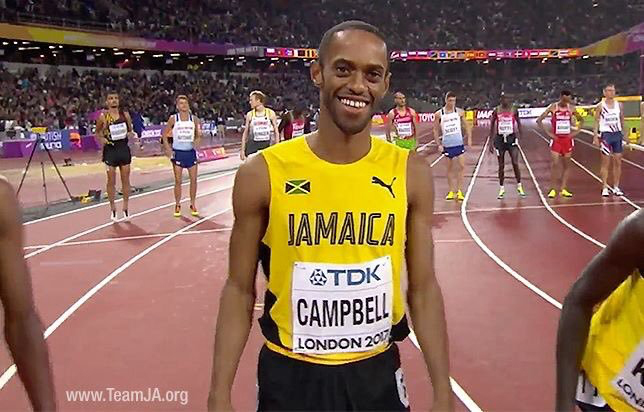 Campbell, just 29-years-old, was forced to retire from athletics last September after his heart stopped and he collapsed during the men’s 3,000 metres at the Millrose Games track meet in February in New York City. He was unconscious for a few minutes before he received attention from emergency responders.

He had the ICD device implanted into his chest, but last week, the athlete took to social media to inform that he passed out while driving in the United States due to a malfunction of the device. He had his second surgery on March 13 and racked up a medical bill of US $200,000.

After setting up a GoFundMe account for donations, he received an outpour of support from public figures including Jamaican Sprinter, Shelly-Ann Fraser-Pryce and Minister of Sport, Olivia “Babsy” Grange.

“Everything must be done to assist Kemoy,” Grange said. She said she was “relieved that Kemoy was not hurt when he passed out while driving and that the surgery was a success.”

Grange said Campbell was covered under the Jamaica Athletes Insurance Plan — which provides health, life and personal accident coverage — and he is entitled to use it to deal with medical expenses. Under the Group Health component of the Plan, Campbell can get 80 per cent coverage for hospital fees. Minister Grange said the ministry would assist him with the balance, if required.

In a heartfelt post on Instagram, Shelly-Ann Fraser-Pryce pleaded with the public to do what they can to assist Campbell.

“I know for many athletes that no matter how small the financial gesture, they would grasp it with both arms. We have no idea what sacrifices athletes like Kemoy made to represent our nation,” Fraser-Pryce stated.

She continued, adding: “So many people see athletes competing without knowing a lot about what goes into the preparation. Mental, physical and of course financial. Believe me when I tell you a lot of athletes are barely getting by. But they represent the black, gold and green (of the Jamaican flag) with patriotism and pride. They pay their coaches, they pay their doctors, their physiotherapist, rent, food, and the list goes on. A lot of them have no sponsorship. As a sponsored athlete I’m extremely grateful for my sponsors.”