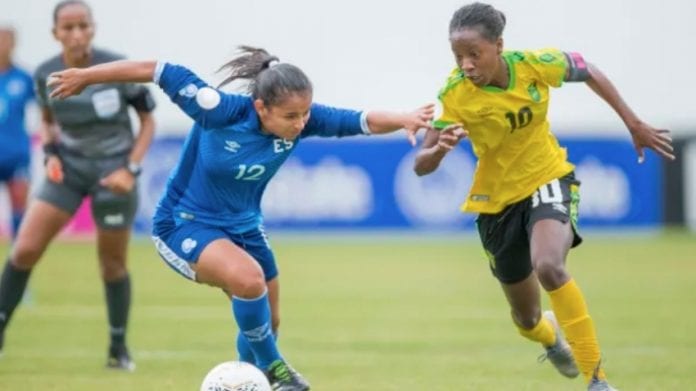 SAN CRISTOBAL, Dominican Republic (CMC) – Jamaica’s Reggae Girlz have progressed to the knockout phase of the CONCACAF Women’s Under-20 Championship after a 4-1 win over El Salvador in their Group E fixture on Monday.

Jody Brown was quick out of the gates at the Estadio Panamericano, with goals in the second and 11th minutes that gave Jamaica a 2-0 lead.

El Salvador fought back to make it a one-goal affair right before halftime, thanks to a score from Mara Rodriguez. But Jamaica’s class came to the fore in the second half, as goals from Lacey Murray and Chantelle paced them to the victory.

The group’s other game saw Guatemala and Canada battle to a 0-0 draw.

Guatemala put on an impressive defensive display in limiting the dangerous Canadian attack, thanks also in part to the heroics of goalkeeper Ashley Avalos.

The day’s results leave both Jamaica and Canada on four points, while Guatemala have two points and El Salvador have zero.