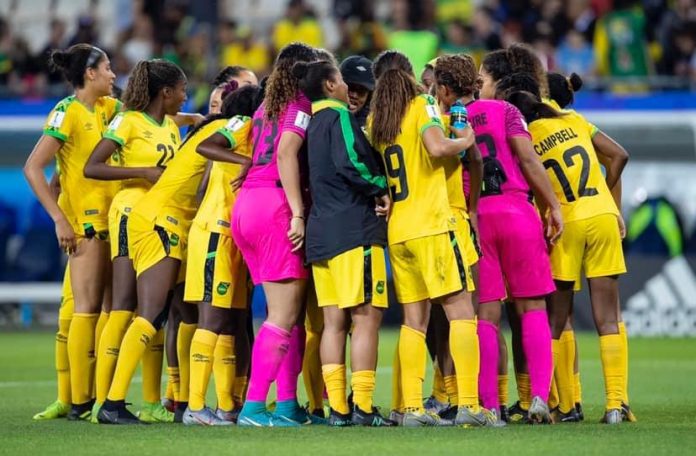 Jamaica’s Reggae Girlz have been drawn in the proverbial “Group of Death” at the CONCACAF Women’s Championship slated for July 4-18 in Monterrey, Mexico.

The official draw took place on Tuesday, April 19 and resulted in Jamaica being drawn in Group A alongside reigning World Cup winners the United States of America, as well as Mexico and Haiti.

The CONCACAF Women’s Championship will serve as the region’s final round of qualification for the FIFA Women’s World Cup in Australia and New Zealand in 2023, as well as a qualifier for the Paris 2024 Summer Olympic Games.

The games will be played at two venues in Monterrey, Estadio BBVA and Estadio Universitario. The former will host the final on July 18.

The reigning FIFA Women’s World Cup champions the USA and the current Olympic Games gold medalists Canada received byes to the final round and were joined by the six group winners from the CONCACAF Women’s Qualifying.

The CONCACAF Women’s Championship kicks off with a round-robin group stage play with the top two teams from each group advancing to the semi-finals.

The semi-finals are set for July 14 at Estadio Universitario, with the final slated for Estadio BBVA four days later.

The winners qualify for both the Paris Olympic Games, as well as the inaugural CONCACAF Women’s Gold Cup set for 2024.

The beaten finalists and the third-placed teams will also contest a CONCACAF Olympic play-in series, set for September 2023. The winners of that play-in series will also secure a berth in the Paris Olympics and the 2024 CONCACAF Women’s Gold Cup.
During the ceremony, CONCACAF unveiled the competition’s official song, Lions, by Skip Marley featuring his mother, Cedella Marley.
The US are the defending CONCACAF Women’s Championship champions, with their second consecutive title and eighth overall.

2022 Concacaf W Championship Schedule
*Kickoff times to be confirmed at a later date and the order of matches is subject to change.
Monday, July 4, 2022 – Estadio Universitario
United States vs Haiti
Mexico vs Jamaica
Tuesday, July 5, 2022 – Estadio BBVA
Costa Rica vs Panama
Canada vs Trinidad and Tobago