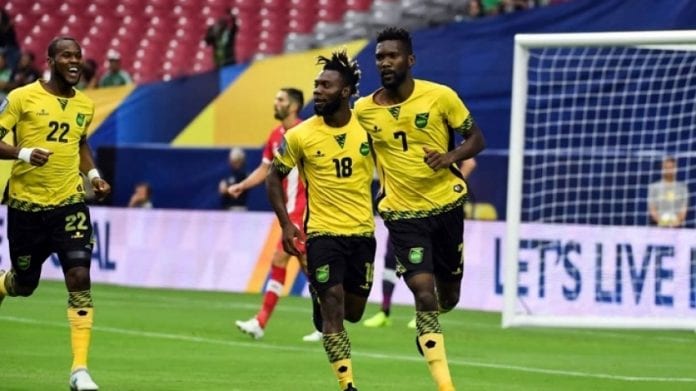 The camp will include the full complement of technical, medical support and administrative staff, who will be present at the tournament as well as the final selected 23 players.

The camp is scheduled for July 1-9 with the majority of players to be on location on July 2. Based on the engagements of some of the invited players for their respective clubs, some will arrive after July 2. The local delegation departed out of Montego Bay on Thursday, July 1 at 12 noon.

The JFF is pleased that it was able to expand the technical and support personnel for the squad to include additional equipment personnel, as well as an additional physical trainer and masseuse. Also a performance video analyst in addition to the medical support staff.

This increase in the staff complement should also include the two new assistant national coaches – Paul Hall and Merron Gordon. Coach Hall arrived in Jamaica and departed for Orlando with the local-based contingent on July 1.

Head Coach Theodore Whitmore has stated that one of the main objectives of the camp is to fine-tune the synergy and chemistry of the squad.

In keeping with Concacaf regulations and approval, the JFF was scheduled to release the 23- man squad as well as the full delegation yesterday.