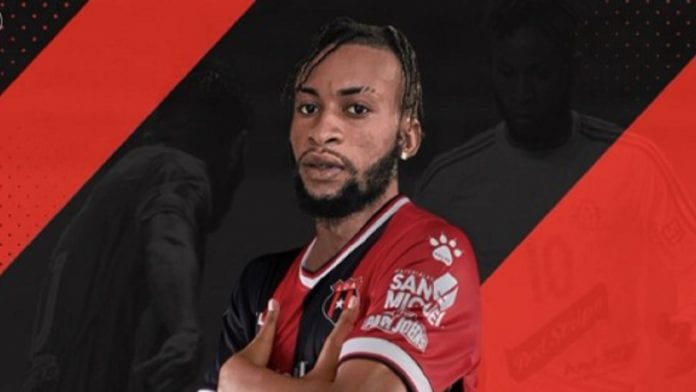 Jamaica international footballer Maalique Foster was in stable condition on Wednesday after suffering a gunshot wound in an incident on Tuesday night which left two others dead.

Media reports here said the 23-year-old forward, who most recently represented Hapoel Ironi Kiryat Shmona in Israel’s top flight, was shot in the small coastal town of Portmore in the southern parish of St Catherine after an assailant opened fire on a group playing dominoes.

Foster subsequently underwent surgery but the extent of his injuries are unclear.

A product of Jamaica’s youth system having represented the national Under-17 side, Foster played for domestic top-flight club Portmore United before leaving two years ago for Alajuelense in the Costa Rican Premier Division.

Foster has scored four goals in nine appearances for the senior Reggae Boyz and was part of the squad for last year’s CONCACAF Gold Cup.

Only last month, veteran former Reggae Boy Jermaine Johnson was shot and injured during an incident in central Kingston.