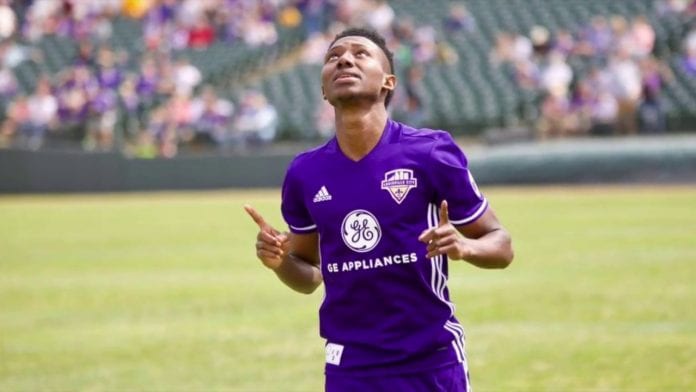 The 29-year-old was on target in the 15th minute at MSU Soccer Park, a goal which decided the game as Miami FC missed a hatful of chances to extend their lead.

For Miami, the win was their second in three outings, leaving them third in the Atlantic Division on goal difference but tied with the two teams above them.

Red Bulls, meanwhile, remained winless with two defeats in three games, and fifth in the division.

The breakthrough came when Turks and Caicos international Billy Forbes played through Janos Loebe down the left, with the resulting cross finding Richie Ballard in the middle of the 18-yard box.

Ballard’s volley was blocked by goalkeeper Anthony Marcucci but the rebound fell to Williams on the edge of the box and he blasted home off the underside of the crossbar, to score against his former club.

Williams went close again in the 34th after being set up by fellow Reggae Boy Lamar Walker and Forbes wasted a one-on-one chance with the ’keeper five minutes before the break.

Forbes was denied yet again on 65 minutes when Marcucci turned away his goal-bound shot after Da Silva had provided the pass.

Williams previously spent three seasons at Louisville City before moving to the US East Coast in January.