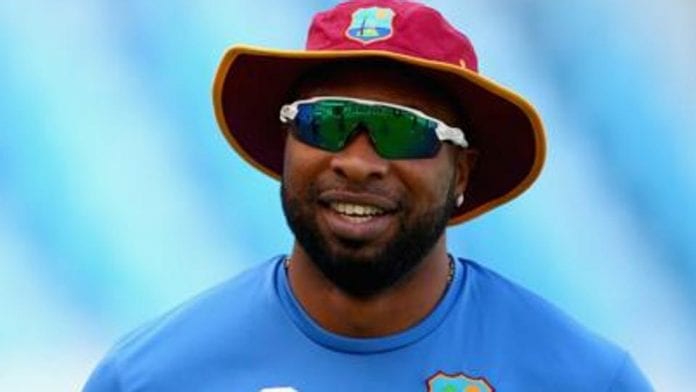 LUCKNOW, India -CMC – West Indies Kieron Pollard has praised the professional performance by his side after they beat Afghanistan by seven wickets in the opening One-Day International in India on Tuesday.

Pollard, in his first series as captain after replacing Jason Holder two months ago, said he was pleased with how West Indies executed their run chase after being set 195 for victory at the Atal Bihari Vajpayee Stadium.

Roston Chase top-scored with 94 while Shai Hope struck an unbeaten 77 – the pair adding 163 for the third wicket – as the Caribbean easily overhauled their target with 21 balls to spare.

“It’s something that has been haunting us for a very long time, losing early wickets [and] not batting 50 overs, so today was a conscious effort to bat 50 overs and [there’s no two] better guys to do it but Shai Hope and Roston Chase,” Pollard said.

“Chase [got] that opportunity to bat up the order in one-day cricket and he showed the kind of player he is. Shai Hope, we know he’s a class batsman and what his role is in the team so again, kudos to those two individuals.

“I think they batted well and brought us to victory. Unfortunate for the couple guys who didn’t get a score but that’s what team cricket is all about.”

After winning the toss, West Indies executed brilliantly with the ball to dismiss Afghanistan for a modest 194 off 45.2 overs, with fast bowlers Jason Holder (2-21) and Romario Shepherd (2-32), along with off-spinner Chase (2-31), all picking up two wickets each.

Rahmat Shah top-scored with 61 and 19-year-old wicketkeeper Ikram Alikhil struck 58 in a 111-run, third-wicket partnership but once the stand was broken, West Indies ran through the middle and lower order.

Pollard, playing his first ODI in three years, said the bowling effort was an expression of the ideal type of cricket West Indies wanted to play.

“There are conversations we’ve been having in the last couple of days in terms of how we want to play cricket and then we got the opportunity to bowl first and express ourselves,” he explained.

“And who better to start but our [former] captain Jason Holder and he continues to prove he wants to be the number one all-rounder in all formats so that [was a] brilliant spell to open the bowling along with Sheldon [Cottrell].

“And the guys that came in, young [Romario] Shepherd on his debut – being sort of economical – and then Hayden Walsh, I thought it was a total team effort.

“In terms of the field, there were a couple blemishes, but we’ll take that because of the effort the guys would have given in the field in terms of the enthusiasm and intensity.”

West Indies will face Afghanistan in the second ODI at the same venue on Saturday.