Argentina captain, Lionel Messi, will play in Argentina’s next three World Cup qualifying matches after winning an appeal against a ban by football’s governing body FIFA on Friday.

Messi was slapped with four match a ban after being accused of insulting a referee’s assistant.

Messi has already sat out one match when FIFA’s disciplinary committee made its ruling before Argentina’s 2-0 loss in Bolivia in March.

FIFA said its appeal committee considered Messi’s behavior “reproachable” for verbally abusing a linesman late in a 1-0 win over Chile on March 23. But the panel concluded the “evidence available was not sufficient to establish to the appropriate standard” required for the disciplinary committee to impose the initial suspension.

“The appeal committee nevertheless underlines the importance of always showing respect to the match officials, stressing that such a principle is essential in football and any unsporting conduct that may be contrary to the principles of fair play cannot be accepted,” FIFA said in a statement.

Argentina’s next World Cup qualifier is at Uruguay on August 31.

Argentina is fifth in the 10-team South American group with four games left.

The 2014 World Cup runner-up is in line to advance to a November playoff against a team from Oceania, likely to be New Zealand. 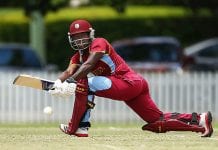 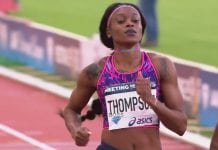