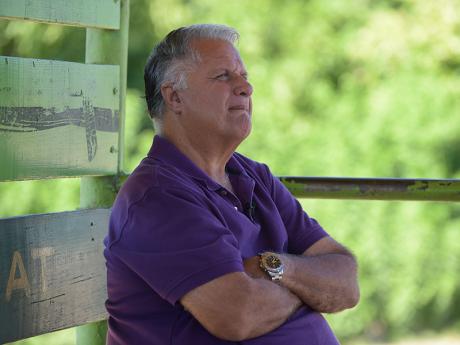 Veteran Jamaican racehorse trainer Wayne DaCosta, who was hospitalized in February, has died from COVID-19.

According to multiple reports, DaCosta was infected by the virus and was in intensive care battling complications. The celebrated trainer had been on a ventilator until his death at the University Hospital of the West Indies on March 24.

A mainstay in Jamaica’s racing industry for more than four decades, DaCosta won the trainers’ title 18 times, the most by any trainer in the country.

Jamaica’s Minister of Sports, Olivia Grange sent condolences to his family and fans in tribute.

“I join with the family, the racehorse industry, and wider national sports family in mourning the passing of trainer, Wayne DaCosta,” said Grange in a statement.

“We had been praying for his full recovery and I had heard through his son, Jason, that Wayne was regaining his strength; so I was shocked to receive this very sad news today.”

Grange further added that “Wayne DaCosta served horseracing with distinction. His contribution has been mammoth and his impact will continue to be felt for a long time.  Wayne DaCosta is simply one of the greatest trainers that Jamaica has produced and he quite rightly won the trainers’ title a record 18 times.

“If horseracing is indeed the sport of kings, then Wayne wore his crown with distinction.

“I offer deepest condolences to his widow, his children, and other members of the family.  I ask that we keep them in our prayers at this time.”

DaCosta holds the distinction of winning all the major races at Caymanas Park and has been training horses since the mid-1970s.

In a statement on social media, Holness said, “DaCosta played a significant role in Jamaica’s horse racing industry for more than four decades. He won the trainers’ title 18 times, the most by any trainer in the country. In 1996, he won the Triple Crown
two times with War Zone and She’s A Maneater in 2017.

He also won the Diamond Mile at Caymanas Park four times, twice with Seeking My Dream and twice with She’s A Maneater.

DaCosta has made an invaluable contribution to the horse racing industry in Jamaica. May his soul Rest In Peace.”