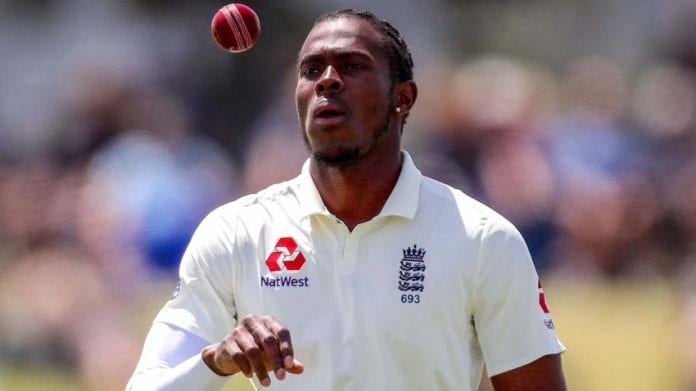 LONDON – Barbados-born pacer Jofra Archer has apologised for breaching England’s bio-secure protocols, admitting in a statement he had endangered the “team and management” by his actions.

The 25-year-old was dropped for the second Test against West Indies at Old Trafford after the England and Wales Cricket Board said Thursday the player had failed to observe the required regulations surrounding movement of players for the series.

Archer apparently visited his home in Brighton following the opening Test in Southampton which ended last Sunday with a four-wicket defeat for the hosts.

“I am extremely sorry for what I have done,” Archer said.

“I have put, not only myself, but the whole team and management in danger. I fully accept the consequences of my actions, and I want to sincerely apologise to everyone in the bio-secure bubble.

“It deeply pains me to be missing the Test match, especially with the series poised. I feel like I have let both teams down, and again I am sorry.”

Archer, who has played Tests since making his debut against Australia last year, will now undergo five days of self-isolation and will also be required to produce two negative COVID-19 tests before he can rejoin the squad.

The ECB said West Indies had been “made aware and are satisfied with the measures that have been imposed”.

Under regulations governing the three-Test tour, all players and management are required to remain isolated from the public, to mitigate against the threat of COVID-19 which has already resulted in over 45 000 deaths and 293 000 infections in the United Kingdom.

Archer, who snatched three wickets in the second innings at Southampton last Sunday, was expected to be a key member of the England attack as the hosts went in search of a series-levelling win at Old Trafford.

His absence for the XI was one of four changes for England from the first Test as Chris Woakes, Sam Curran and Stuart Broad were also included for the ongoing contest.