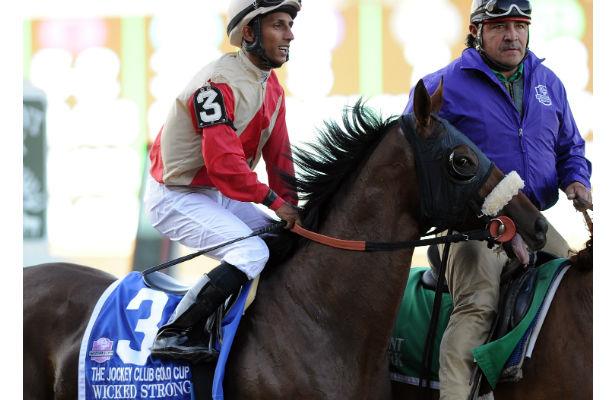 The 34-year-old opened his account in race three with a front-running effort aboard 7-1 choice Ingreido before using a come-from-behind strategy with 9-1 chance Eternal Peace to capture race five.

Tyler Gaffalione tops the early standings with 23 wins from 97 rides while Luis Saez is three behind in second from 104 appearances.

Going a mile in race three, Maragh paired with Ingreido to beat the three-year-olds and upward by three-and-a-half lengths in a time of one minute, 37.99 seconds.

Maragh broke the four-year-old dark bay colt smartly and put him straight to the lead along the inside, shaking off an early challenge from Strong Ending through the first turn, to post splits of 23.91 seconds for the quarter and 46.60 for the half.
Ingreido remained under pressure from Strong Ending until the stretch run when the colt opened up a handsome lead under a strong drive from Maragh.

Up against the three-year-old and upward maiden fillies and mares in race seven also over a mile, Maragh brought Eternal Peace with a late run to win the US$4500 event by a head.

Maragh settled the four-year-old brown filly off the pace and in mid-pack as 9-1 choice Winnipeg Wonder produced fractions of 23.12 for the quarter and 47.97 for the half, with All I Need stalking and Pop a Choc chasing.