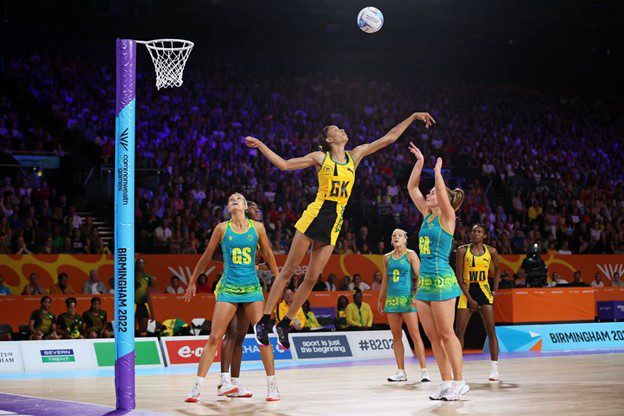 The Jamaica Olympic Association (JOA) has saluted the nation’s National Senior netball team, The Sunshine Girls, on an admirable silver-medal performance at the Birmingham Commonwealth Games 2022, which ended with the closing ceremony inside the Alexander Stadium on Monday night.

The netballers created history at the 22nd edition of the Commonwealth Games when they defeated the world’s top two nations, an unprecedented feat, on their way to a first-ever final appearance which they lost 51-55 on Sunday to the seven-time finalists, Australia.

“Their journey to the finals was a determined display of skill and a graphic study of composure and maturity that brought the house down on each occasion as they narrowly missed the gold medal,” a statement from the JOA read.

The Sunshine Girls’ appearance in the finale was always on the cards, having secured wins against Australia in the final Pool A group stage play, and New Zealand in the semi-finals.

JOA President Christopher Samuda, who joined throngs of fans, Jamaicans and non-Jamaicans, in Birmingham in celebrating the girls’ gutsy performance, said: “Yes, we got the silver, but It was golden sunshine in the daytime and nighttime as our girls sent a global message that they are champions by right and have never left and will never leave the centre court.”

The JOA also acknowledged the tireless work of coach Connie Francis and her technical team who remained committed to the goal and stayed the course.

“The destination was clearly in sight for both the coach and technical staff and there was no room for freeloaders on the journey as all seats were fully booked, taken and paid for,” JOA secretary general/CEO Ryan Foster said.

The bronze medal of the 2018 Gold Coast Commonwealth Games was a reminder to the netballers of the mission to look forward and upwards which resonated with Samuda:

“If you have the natural talent to bring home the bacon right away why sit and look around to cook it and run the risk of ‘gas done’ or an electricity cut? The girls delivered instantly and professionally and never looked back.”

Birmingham 2022 will always be remembered for its glorious sunshine and “the JOA will continue its support and, in partnership with the Tricia Robinson-led Netball Jamaica, to create rays of sunlight,” Samuda assured.