Former West Indies Test and one-day captain, Jason Holder, arrived in India on Monday for his stint with Sunrisers Hyderabad in the cash-rich Indian Premier League, fresh from helping West Indies secure a nil-all stalemate in the two-Test series against Sri Lanka.

Under the Indian Cricket Board (BCCI) existing health protocols, the 29-year-old will now spend seven days in quarantine before he is allowed to link up with the squad led by big-hitting Australian opener David Warner.

Sunrisers take on Kolkata Knight Riders, who boast Holder’s teammates Sunil Narine and Andre Russell in their ranks, next Monday.

Holder, the world’s leading Test all-rounder, proved a revelation for the franchise last season after he was a late call-up to replace injured Australian Mitchell Marsh.

The Barbadian captured 14 wickets from seven matches at an average of 16 and an economy rate of eight.

He was exceptional in the crucial playoff eliminator, snatching three wickets and hitting a late order unbeaten 24 as Sunrisers stunned Royal Challengers Bangalore by six wickets in Abu Dhabi with two balls remaining.

Relieved of the Test captaincy just prior to the series against Sri Lanka, the move did nothing to affect his performances as he featured prominently in all three formats in helping West Indies win the Twenty20 International series 2-1 and the one-day series 3-0.

In the Test series staged in Antigua, he gathered two enterprising half-centuries to finish with an average of 69 and also claimed seven wickets, including a five-wicket haul in the first Test.

At Sunrisers, Holder will play alongside the likes of New Zealand batting star Kane Williamson, the English pair of Jason Roy and Jonny Bairstow and Afghan superstar leg-spinner Rashid Khan. 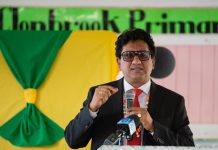 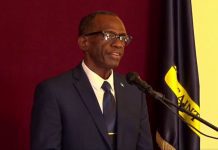