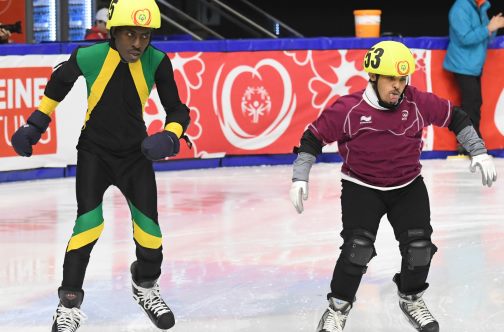 Dave Oddman is the new Jamaican star on ice. Unlike the country’s bobsledders who drew world attention with their feats on ice but  did not finish among the medals in any event, Oddman, has gone a step further and broken the ice.

The speed skater  finished second in his division of the 222-metre speed skating event at the ice rink stadium on Wednesday to win the country’s first medal at the 2017 Special Olympics World Winter Games in Graz, Austria.

Oddman took silver with a time of 54.727 seconds, just a fraction behind first-place finisher Hamad Albehaih of Qatar, who clocked 54.429 seconds.

Macau’s Chit Lam, who led for most of the race, but then fell coming off the final bend, was third in 56.679 seconds.