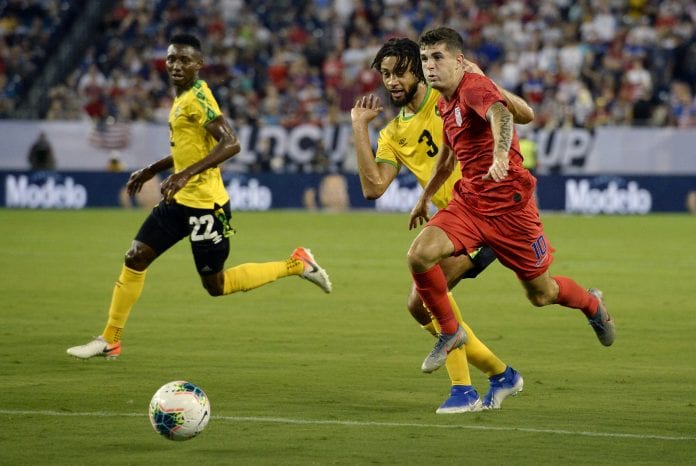 Qualifying for the World Cup in Qatar will get underway this month, with the Reggae Boyz hoping to grace the world’s biggest tournament once again.

The CONCACAF qualification first round begins in earnest, with Jamaica already promised a place in the final round, due to start later in the year. The hope is that the team can make it all the way to Qatar in the winter of 2022, which has happened just once, back in 1998, when Rene Simoes saw his side eliminated in the group stages.

There was no shame in the performance though, with a win against Japan in the final group game, a national event in Jamaica. Robbie Earle scored the first-ever Jamaica World Cup goal, whilst contracted to Wimbledon in England. In fact, the Reggae Boyz squad boasted seven players based in England back in 1998, Fitzroy Simpson, Marcus Gayle, Deon Burton, Frank Sinclair, Daryl Powell and Paul Hall being the other six.

Since then, many other players based in England have appeared for the team, with some involved right now, hoping to make the 2022 dream a reality. There is even a term for players born in England who play for the Reggae Boyz – UB40, after the reggae band of the same name that originated from Birmingham in the early eighties.

One ‘UB40’, Ravel Morrison, was once an England Under 21 with a big future, and at just 27-years-old, he should’ve been a key member of the Three Lions squad as they prepare for their next big outing this summer. England are currently ranked as favorites to win Euro 2022 with Bwin, and if they do they will likely be favorites for Qatar 2022 as well. The Reggae Boyz will be a long way behind, and are currently fancied less for the showcase event than Latvia, Bahrain and Armenia, but rather than challenging for the silver with England, the former Manchester United man is likely to feature for Jamaica, despite being born in Wythenshawe.

His career has never taken off, despite once being touted as a ‘brilliant footballer’ by legendary manager Sir Alex Ferguson. His progress with coach Theodore Whitmore’s side might be halted by the fact he was released by ADO Den Haag recently, according to Sports Max and is now based in England but without a club.

Coach Whitmore was the player who bagged a brace in that famous win over Japan, and he will be hoping one of his other players from England can emulate his success. Bobby Decordova-Reid will be the likely talisman in the attack; he is playing in the Premier League with Fulham and already has five top-flight goals this season. He has also notched for Whitmore’s team, scoring the second in the 6-0 rout of Antigua and Barbuda in September 2019. He will be joined by Fulham teammate Michael Hector, who has 32 caps but just three top-flight appearances for the Cottagers.

Another England-based player likely to feature in the qualification process is Preston North End striker Daniel Johnson. Unlike the others, he is not a UB40, as he was born in Kingston but moved to Crystal Palace in London as a youngster.

He is no relation to David Johnson, another UB40 who featured for the Reggae Boyz, but there is a connection to the former Ipswich and Nottingham Forest man. David is now working for Inter Miami, and they are set to provide midfielder Lamar Walker to the Qatar qualification assault.

Finally, Adrian Mariappa has recently been called up to the squad, but at 34-years-old, he is unlikely to play anything other than a minor role in qualification, as he’ll be 36 by the time the tournament comes around.

Can Jamaica surprise everyone and qualify ahead of the US, Mexico and Costa Rica? It is a big ask but with their Premier League duo and potentially the genius of Ravel Morrison driving them, anything is possible.