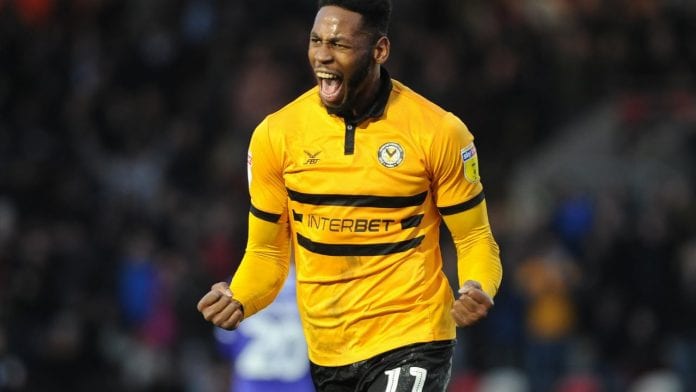 Matt, 30, had a modest season at Newport, scoring just six goals as the Welsh outfit finished in mid-table. The previous season his 20 goals helped the club reach the play-off final in which they were beaten 1-0 by Tranmere Rovers.

The six-foot, four-inch front man has signed a one-year deal at Forest Green after the upheaval caused by the coronavirus pandemic outbreak meant Newport were not in a position to offer him a new contract.

Forest Green manager Mark Cooper was quick to snap up Matt – one of eight new signings already at the club, who briefly led the table last season before fading to 10th, three points above Newport.

Matt amassed 97 appearances for Newport after joining the club in the summer of 2018 and formed a potent partnership with Padraig Amond.

After arriving at the Gloucestershire outfit’s New Lawn ground, Matt spoke of his desire to push the club forward, saying: “I’m delighted to sign for Forest Green and Mark Cooper was the main factor in me signing.

“I have a lot of experience and I want to use this to help the team and match their ambition and desire to be successful.”

Cooper said he was delighted to capture Matt, who has also played for Kidderminster Harriers, Plymouth Argyle, Grimsby Town and Blackpool.

“He knows how to be successful at the level, not old in terms of years, but in games he is vastly experienced,” Cooper said.

“Jamille brings a different weapon to our armoury. We have not had a focal point since Christian Doidge left (to join Scottish outfit Hibernian). He can be a target man and gives you another option.”