Sport Minister, the Honourable Olivia ‘Babsy’ Grange has called on stakeholders within the sporting fraternity to join her in lobbying for greater gender equality in sport, particularly in the game of the cricket.

Jamaica’s Minister of Sports, Olivia “Babsy” Grange, says a decision to deny a female student at the Eltham High School in the central parish of St. Catherine, the change to represent the school in cricket is “disingenuous and discriminatory”.

The Sport’s minister said the omission of the student could deny her a chance to rise from the “doldrums and become a world star”  –  and walk in the footsteps of Taylor – who also attended Eltham High. 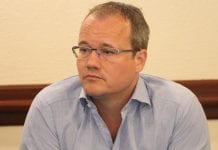