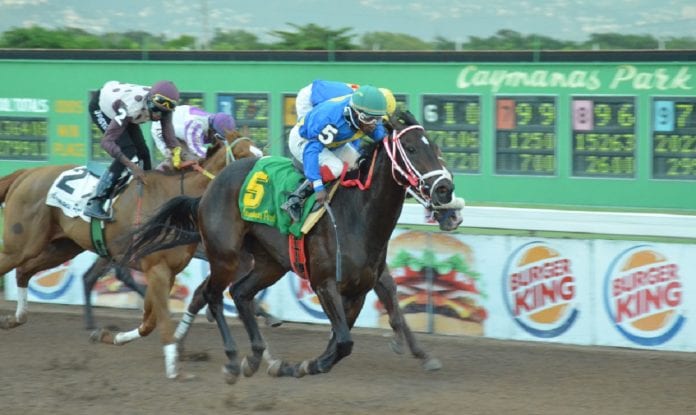 EDMONTON, Canada  – Jamaican jockey Dane Nelson dominated the weekend at the newly-minted Century Mile racetrack, coming away with seven wins to storm to the top of the early standings.

Riding on Sunday’s seven-race card, Nelson captured the curtain-raiser aboard 3-1 choice Spectrus, bringing the 10-year-old roan gelding from off the pace to beat the three-year-olds and upward by half-length in a six-furlong contest.

Nelson was in the winner’s circle again in race three when he paired with another 3-1 chance, Dura’s Halo, to edge the three-year-old and upward maiden fillies and mares by a nose, after the four-year-old bay filly had stalked pace-setter Country Roads for most of the five furlong sprint.

Barbadian Damario Bynoe also made his presence felt on the card, winning with favourite Tricked My Ride in race four over 5-½ furlongs before returning to capture race six over six furlongs with a front-running effort aboard 10-year-old chestnut gelding Pakal.

Nelson had earlier on Saturday also commanded the headlines with four winners on the seven-race card. He opened his account in race two over 5-½ furlongs with favourite Super Good, carrying the four-year-old roan filly to a 4-¾ length victory over the three-year-old and upward maiden fillies and mares.

His third win came when he combined with four-year-old gelding Top Notch Scotch to beat the three-year-olds and upward by 3-¼ lengths in a 5-½ furlong sprint in race four.

And he signed off on the day’s proceedings by guiding favorite Wilko Lovesong to a 1-½ length win over the three-year-old and upward fillies and mares in race seven over six furlongs. 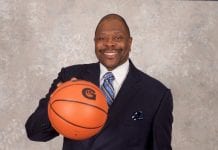