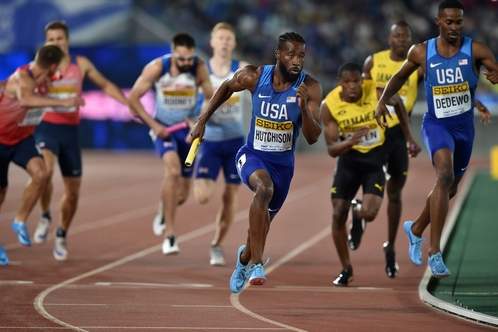 Although Jamaica finished second to the US at the IAAF World Relays held at the Nissan Stadium in Yokohama, Japan over the past weekend, they finished with just 27 points, the lowest ever points gained during the four staging at the event. The US amassed 54 points.

Although much from anticipated at the relays from participating athletes like Shelly-Ann Fraser-Pryce, the Jamaican team ran into several misfortunes on the trach and managed to win just three medals.

The Jamaican women’s 4x400m looked like they would medal in the finals of that relay,  but anchor runner Janieve Russell who was in the lead mistimed her move to the finish line, seem to tire, placing her team in fifth position.

Jamaica best hope for a gold medal was in the women’s 4x200m relay with the team of Shelly-Ann Fraser-Pryce, Shericka Jackson, Olympic sprint double champion Elaine Thompson, and Stephenie Ann McPherson. However, in a very unlikely manner the team experienced two fumbles in their baton change and finished a disappointing third in 1:33.21 minutes.

Jamaica placed second in the women 4 x 100m relay. During the  Jonielle Smith ran a superb anchor leg, but the Jamaicans in a time of 43.29 seconds just missed overtaking the US which won in 43.27 seconds.