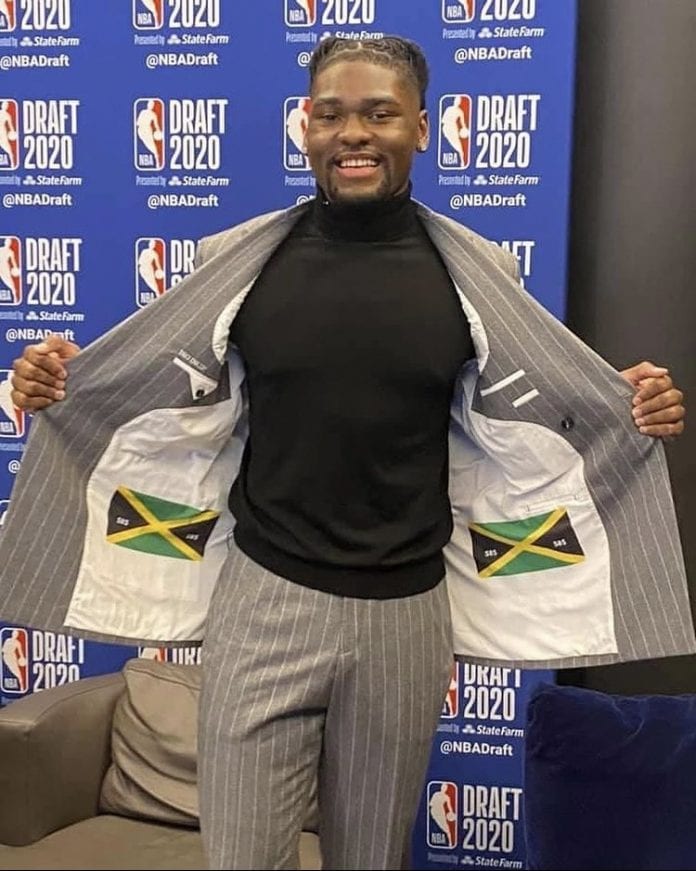 Isaiah Stewart, the star college basketball player of the Washington Huskies (the University of Washington) who was born to a Jamaican-father, has been chosen in the 2020 NBA draft.

The 19-year-old Jamaican-American was listed by ESPN.com as the 27th-best potential pick on November 19 and made his mark when he was chosen 16th by the Portland Trail Blazers and then traded to the Detroit Pistons. He plays the power forward and the center position.

Following his draft announcement, Stewart represented for the island by showcasing the Jamaican flags on the inside of his suit lining. The area code of his hometown in Rochester. New York, (585) were also inside the suit.

“I have a lot of family back home in Jamaica. My dad was the first person from his family to come to the United States and that Jamaican heritage definitely runs strong in my blood,” he said during a post-draft interview.

Stewart credits his father Dela Stewart, who emigrated to the United States in the 1970s to work as a sugar cane cutter in Florida, with teaching him how to work hard and focus on his goal.

He has also hailed another Jamaican, all-star basketball player Patrick Ewing, who he says has been his inspiration in the game. While playing for the Huskies, Stewart wore the number 33 basketball jersey in honor of the Jamaican-American player.

*This story was updated to reflect Stewart’s move to the Detroit Pistons.