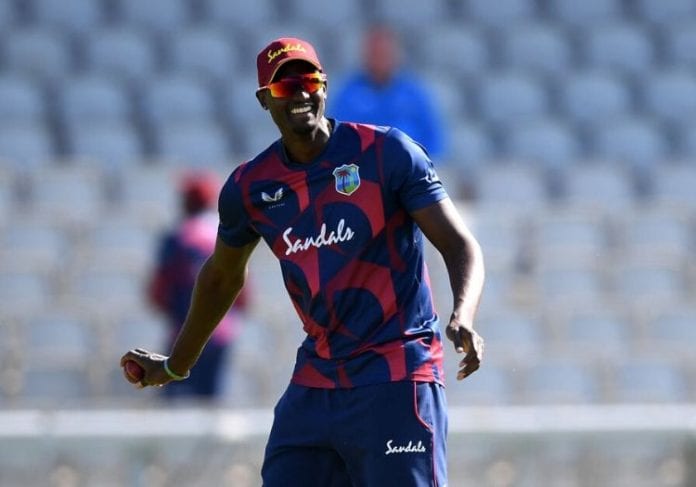 World number one all-rounder Jason Holder will be retained as Test captain for the tour of New Zealand which bowls off next month.

Convenor of selectors, Roger Harper, confirmed that the 28-year-old Barbadian would continue in the post for the two-Test series, despite the recent struggles of the Caribbean side.

West Indies have won just seven of their last 20 Tests and currently languish eighth in the ICC Test rankings, only above Bangladesh and Zimbabwe

“We have discussed a lot of things and all of those things (leadership) we discussed but I think at this point we’re not thinking of changing the captaincy at all,” Harper said.

Holder was appointed captain in 2015, replacing wicketkeeper Denesh Ramdin, and has since led West Indies in 35 of his 43 Tests, winning 11, losing 19 and drawing five.

He was relieved of the one-day captaincy last year after five years in charge and replaced by veteran Kieron Pollard, who also assumed leadership of the Twenty20 unit.

That move followed West Indies’ dismal campaign at the 50-over World Cup in England when they won just two of their 10 matches, in their worst-ever outing at a global showpiece.

Harper, who took over the selection panel last year, said Holder remained the first choice captain since there was a dearth of leadership qualities not only throughout the ranks of the Test side but across the regional game.

“I looked at a lot of the four-day championship. I had the opportunity to see most of the captains on show and I think that there are some decent captains out there but there is also a lot of improvement that can be made,” Harper pointed out during an interview with i95FM Sports FM in Trinidad.

“I think some of our captains need to know when to attack, when not to attack, how to defend and how to put pressure on the opposing batsmen and those sort of things. These are the areas we need to improve on.”

He continued: “But I think one of the things that is lacking from a West Indies team perspective is that a number of players in the West Indies team do not have the opportunity to play a lot of regional cricket and therefore do not have a lot of captaincy experience, so that is a challenge.”

Despite the team’s struggles, Holder has excelled personally to become the world’s leading all-rounder and is the highest-ranked West Indies player in both the batting and bowling rankings at 43rd and fifth respectively.

Holder enjoyed an outstanding campaign in 2018 when he snatched 33 wickets in six Tests at 11.87 runs apiece – the best average by any fast bowler with a minimum of 30 wickets in a calendar year in 100 years.

Last year, he smashed a sensational maiden unbeaten double hundred against powerful England at Kensington Oval to lead West Indies to a shock 381-run victory, laying the platform for a 2-1 win in the three-Test series.