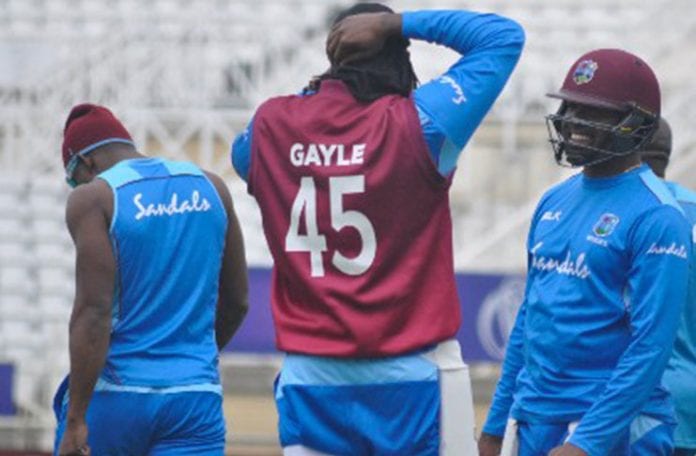 NOTTINGHAM, England – An upbeat and fully-fit West Indies will face a stern test in pursuit of their World Cup dream when they take on reigning World champions Australia in a hotly anticipated contest at Trent Bridge here Thursday.

After entering the tournament as rank outsiders, West Indies have seen their odds increase quickly especially after they amassed a mammoth 421 against New Zealand in their last official warm-up match in Bristol, and then crushed Pakistan by seven wickets in their tournament opener here five days ago.

However, Australia are expected to provide their toughest opposition yet, and the fact veteran batsman Chris Gayle and explosive all-rounder Andre Russell have both been passed fit for the encounter after picking up niggles against Pakistan, has provided a massive boost for the Caribbean side.

Despite the long history of rivalry between the two teams, captain Jason Holder downplayed the meeting, stressing they would treat the encounter just like any other.

“It’s always been a great rivalry between West Indies and Australia. I think everybody is expecting a really good contest,” Holder told media here Wednesday.

He continued: “We’re just taking it game by game. Tomorrow is our country versus Australia. We’ve got a hurdle to overcome. I think when we overcome that hurdle, then we’ll move deeper into the tournament.

“But I just don’t want to single out teams particularly. I think all teams are evenly matched and well-balanced, so it’s just a matter of playing good cricket on any given day. That’s our rule. We want to execute in all three departments.”

Ever since their performance against the Black Caps, pundits have been raving about the West Indies’ powerful batting line-up. And with Gayle and Russell fit, Australia can expect to face all the firepower the Windies have to offer.

Classy right-hander Shai Hope, with two hundreds and two half-centuries in his last six One-Day Internationals, will line up alongside the likes of opener Evin Lewis, Nicholas Pooran, Shimron Hetmyer and Carlos Brathwaite, presenting a formidable batting order against any opposition.

Holder said it was important his side executed their batting plans properly regardless of if they batted first or chased.

“We just want to be as positive as we possibly can be. I think whether we bat first or if we chase, we’ve got to show intent. Intent is something that we spoke about in the dressing room, and it’s something that we want to go about our goal with when we go into our innings.

“I don’t want to get too caught up with the conditions, but at the end of the day I just want the guys to show intent and be fearless.”

Trent Bridge has been notorious for large totals in recent times. Pakistan piled up 348 against England there two days ago to beat the hosts by 14 runs and three weeks ago, England chased down 340 to topple the same Pakistan.

Most notably last year June, England piled up a mammoth 481 as they crushed Australia by 242 runs.

Holder said having played their opening game of the tournament at the venue had given the Windies an excellent gauge of what to expect.

“I made a remark to one or two of the guys, I felt like the ground was a little bigger than people think. There’s obviously a massive wind factor, as well, which tends to play on your mind, and obviously you have to account for it into your plans,” he pointed out.

“We’ve played on a number of grounds with this short side, and this is something you’ve just got to cope with. I always back the guys to go with their strengths first, no matter the dimensions of the ground.

“I think we’ve just got to hone in on our skills. The ground will be one way for both teams; that’s one thing guaranteed. That’s just our plan.”

He added: “We’ve got a little bit of knowledge about the ground, how the wicket plays. But having said that, there are quite a few strips on this square. I’m not sure which one we’re on tomorrow.

“I just think it’s a situation whether we bat or bowl first, we need to assess the conditions as early as possible and then play to suit.”

West Indies have won just three of 14 ODIs against Australia since 2010 and lost their last World Cup encounter against them back in 2007, when the tournament was staged in the Caribbean.

Australia won their opening match of the World Cup when they beat Afghanistan by seven wickets in Bristol four days ago.