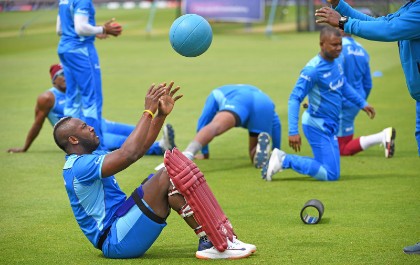 Player fitness has created headaches for West Indies selectors and have forced a delay in the announcement of the Twenty20 squad for the tour of New Zealand.

While remaining coy on the matter, convenor of selectors, Roger Harper, confirmed the development, noting that authorities were in the process of attempting to resolve the issues before naming the squad.

West Indies are expected to depart month-end for the tour of New Zealand which comprises three Twenty20 Internationals and two Tests and runs from November 27 to December 15.

“As far as the Test squad is concerned, the players are fit,” Harper said in an interview on StarCom Radio’s Mason and Guest cricket show here Tuesday.

Fitness issues in the one-day squad emerged earlier this year when marquee left-handers Shimron Hetmyer and Evin Lewis both failed fitness tests, and were excluded for the tour of Sri Lanka in February.

Hetmyer was subsequently re-tested and included for the T20 phase while Trinidadian Lewis remained sidelined.

Cricket West Indies’ director of cricket, Jimmy Adams, at the time stressed that fitness for selection was “non-negotiable”, contending it was just as important as the performance element.

“It is non-negotiable, it goes hand in hand. One of the examples I use is that the whole issue of a player being fit is to reduce injuries and this is one of the areas we have struggled with in the past,” said the former West Indies captain.

Fitness apart, selectors may have to do without the services of champion off-spinner Sunil Narine who was last week reported by umpires in the IPL for having a suspect action.

He has not played for Kolkata Knight Riders since.

Narine last represented West Indies last year August, marking the first time he had appeared for the regional side in two years.

The upcoming tour of New Zealand will see the Test squad accompanied by members of the T20 unit plus reserves departing first, with any players currently competing in the Indian Premier League expected to follow after fulfilling their franchise commitments.