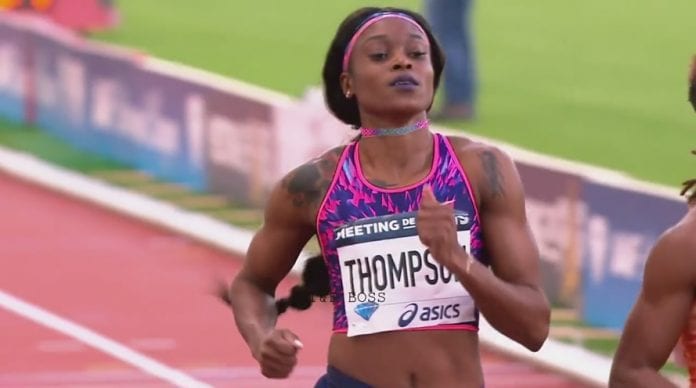 Jamaican Sprinter Elaine Thompson-Herah today set a new world-leading time in the women’s 100 metres when she won the event at the Diamond League event in Rome with a time of 10.85 seconds.

Her new record erases that of another Jamaica, Shelly-Ann Fraser-Pryce, who had set the record of 10.86 in August.

Thompson-Herah pulled away from the field for first place, in front of USA’s Aleia Hobbs, who ran a season-best of 11.14 while Marie-Josee Ta Lou also produced her best run this year to take third place in 11.14.

The win extended Thompson-Herah’s unbeaten run to six straight in the 100m as she replaced compatriot Shelly-Ann Fraser-Pryce at the top of the World Athletics performance list.