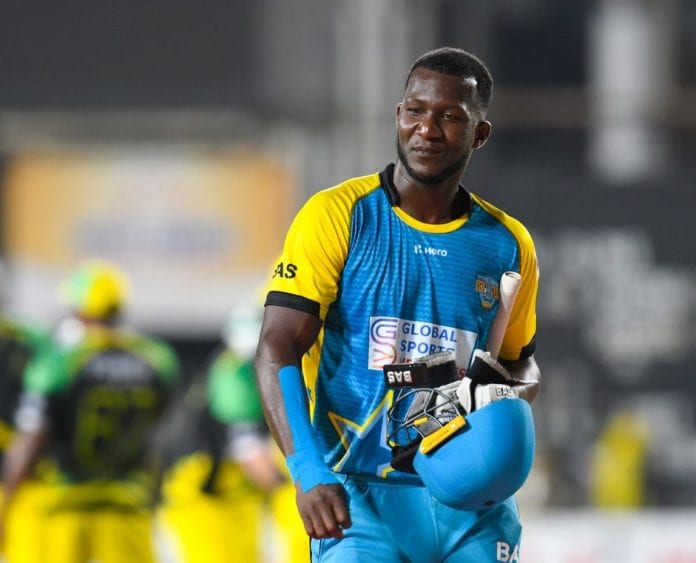 CASTRIES, St Lucia – Darren Sammy will return as skipper of the St. Lucia Zouks for the Caribbean Premier League (CPL) 2020 season, the franchise announced Tuesday, even amid uncertainty over whether the popular T20 tournament will come off as planned.

Sammy, who has just finished a coaching stint in Pakistan, will be back in his playing shirt with his home franchise which he has appeared for since the CPL’s inception in 2013.

The eighth edition of the tournament is scheduled to take place August 19 to September 26, but organisers are keeping an eye on the COVID-19 pandemic and liaising with medical advisors and governments to determine if play will go ahead.

But in anticipation that it will, Zouks have chosen Sammy to lead the franchise.

“The franchise is dear to my heart and this year I am honored to lead the franchise one more time,” he said.

“Playing at home with passionate fans and the calibre of players I anticipate will be retained, I expect to bring silverware to St. Lucia. St. Lucia Zouks is well on its way in securing its team of players and looks forward to a successful year of cricket in St. Lucia.”

Weighing in on Sammy’s appointment, coach Andy Flower said he was looking forward to working with the two-time T20 World Cup-winning captain.

“I can’t wait to work closely with Daren and for the island of St. Lucia. I worked with Daren five years ago when he captained the Peshawar team in the Pakistan Super League and we thoroughly enjoyed our time together. I know how passionate he is about his island and it’s cricket and we will do everything within our power to bring fun, entertainment, and success to St. Lucia,” Flower said.

CPL’s chief operations officer, Pete Russell, says novel social distancing measures could be implemented to ensure the tournament comes off as planned, including playing without international players and using only a few stadiums as venues to mitigate against widespread contact.