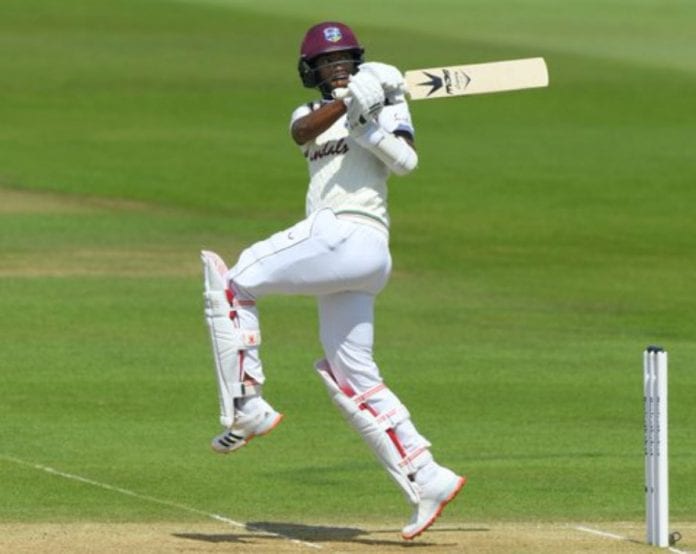 MANCHESTER, England -Half-centuries from opener Kraigg Brathwaite and Shamarh Brooks formed the foundation of a solid West Indies reply, on the penultimate day of the second Test against England on Sunday.

At tea, West Indies were 227 for four in their first innings – still 242 runs behind – with Brooks unbeaten on a polished 60 and accompanied by Roston Chase on eight.

Brathwaite had earlier top-scored with 75 in a critical 76-run, fourth wicket stand with Brooks which saw West Indies get the better of the second session, after they resumed from lunch on 118 for two.

Shai Hope, unbeaten on 25 at the interval, perished in the third over following the resumption when he nicked one from left-arm seamer Sam Curran and was caught at the wicket.

The right-hander put on 53 for the third wicket with Brathwaite, who was the second victim of the session, chipping a return catch to seamer Ben Stokes after facing 165 balls and hitting eight fours.

Brooks has so far struck 10 fours off 115 deliveries.

West Indies resumed from their overnight 32 for one after rain forced the abandonment of the entire third day and flourished in the first session as Brathwaite and nightwatchman Alzarri Joseph extended their second wicket stand to 54 before being separated.

On 14 at the start, Joseph made 32 with three fours before being taken at short leg by Ollie Pope off Curran who has taken two for 35.