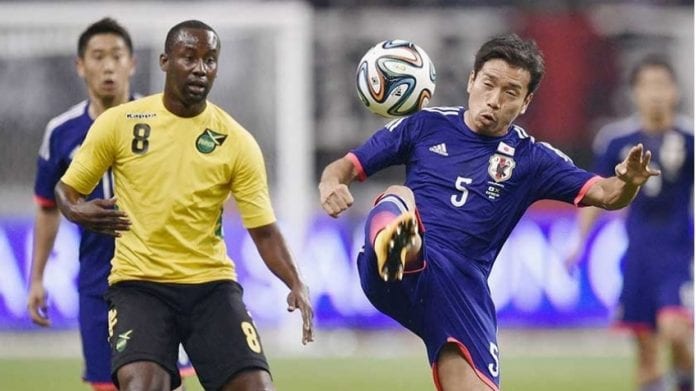 NAGASAKI, Japan – Honesty, it is said, is the best policy.

And we would advise all sports managers to embrace and adhere to this mantra, as in the end, it bears true.

We say this to say that we are not totally convinced with the explanations of those involved with Jamaica’s 9-0 annihilation by Japan in the Under-22 2019 Kirin Challenge Cup at the Transcosmos Stadium in Nagasaki, Japan on Saturday, December 28, 2019.

We dare not brag about last week’s prophecy when we suggested in this space that the game was much more than a mere friendly international between two nations. We said then that one team (Japan) was preparing to host this year’s Olympic Games and obviously wanted to do well, while the other team wanted to take stock of its football program on a grand scale.

Well, the results are in and Jamaica has failed miserably, and the sooner everyone involved accepts the truth, the better it will be to put corrective measures in place. But all must come to a common understanding that the current program is of little or no value – worthless.

Japan has seen success by way of qualifying regularly for all FIFA world tournaments, senior, Under-20 and Under-17, while Jamaica has not tasted success at the senior level since 1998 when Japan also made its debut. Jamaica has been to only two of the last 11 editions of the Under-17 World Cup, and only one Under-20 World Cup.

So there is a huge gulf in pedigree between the two nations, and this is where Jamaica’s football hierarchy needs to step up and really develop the sport to a sustainable level.

“The weather really played a vital role in the result and in how the guys played,” he told the media upon the team return.

“We travelled for three days basically…We left here on the 23rd and reached the 26th, played the game the 28th, that’s a lot of travelling, one day to recover and play, so there were a lot of factors, but it was a learning experience and hopefully, we can learn from it and move on,” he added.

It should be noted that Japan is 14 hours ahead of Jamaica.

Obviously, the match fee was significant enough to force the Jamaica Football Federation to accept the offer and its General Secretary Dalton Wint basically said there was not much they could have done differently.

“Well, we have to understand that there are financial constraints when we have these games, both on Japan’s part and our part. It is very costly to travel to that part of the world to play a game, so we just have to make do with the experience that we have garnered and ensured that next time we do better.”

But how does the team do better next time? What does that really mean, and what measures will be put in place to ensure that it does better?

Said he: “I thought it was a tough game, a bad loss by us and poor performance. We could say many things caused this result, but a lot of things are left unsaid, so I just have to say it was a poor result by the team.

For Jordain Fletcher, it was a simple fact that the team was not properly prepared.

“We weren’t prepared enough, so that’s the reason we lost (by) that much and we just need to regroup and come again. That was a learning process for us.”

It should be noted that nine of the 19-man squad have had caps at the senior level.

But where do we go from here? A lot has been said locally, but much of it smacks of nothing but emotional rants by those who believe Jamaica should never be so badly beaten at football.

What gives Jamaica that Devine right in football, only God knows.

One thing is for certain, while we fiddle our thumbs and hide our proverbial heads in the sand, the world continues to press ahead.

Some years ago, Japan invested heavily in having their junior teams spend quality time on training camps in Brazil and other places where they thought they could be helped.

It’s time for the JFF to try to bridge bilateral relations with countries that can help our football program, most likely through Governmental platforms.

Currently, the Jamaican and Chinese Governments have forged an alliance where sporting disciplines visit each other’s countries to gain invaluable training. That is one area that could be explored with a country with outstanding football pedigree.

But the JFF can no longer wait on the schoolboy football or the clubs develop our players at the rate required to gain success at the international level. President Mike Ricketts had better take the bull by the horn and lead from in front on this one. If not, we will continue to play the hit and miss game.