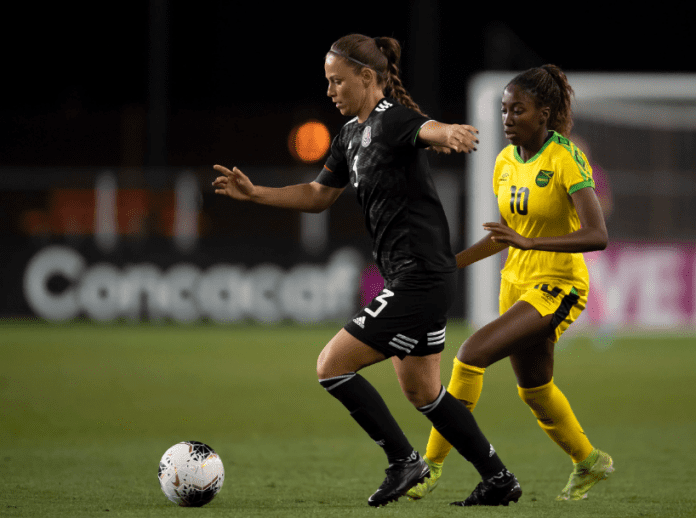 The tournament which continues to February 9, consists of teams from the USA, Canada, Mexico, Jamaica, Haiti, Panama, Costa Rica and St. Kitts and Nevis will determine the top two women’s national soccer teams from the North, Central American and Caribbean region qualify for the 2020 Olympic football tournament in Japan next summer.

In games played on Tuesday, Costa Rica defeated Panama 6-1, and the US defeated Haiti 4 -1.

In Wednesday’s games, Canada blasted St. Kitts and Nevis in Houston Texas11- 0, and in a very hard-fought game in Edinburg, Texas the Jamaican Reggae Girls who made it to the World Cup in France last year went down to Mexico 1-0.

The Jamaicans next play Canada in at 5.30 pm on Saturday, February 1 and St. Kitts and Nevis on Tuesday, February 4.