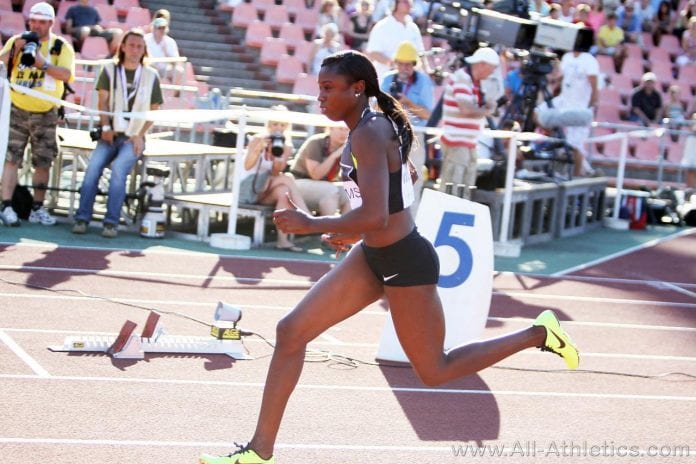 With Jamaica’s medallist Shericka Williams’ failed attempt to switch loyalty to Bahrain, JAAA president Dr. Warren Blake says his organization will take a tougher stance on these types of applications in the future.

Dr. Warren Blake has said that things have changed in the way that athletes will be able to transition from on sports team to the next. The JAAA has said that any athlete wishing to switch the teams they are currently playing for will have to sit out the mandatory three year waiting period.

“We had applications for some athletes to go and represent Bahrain and we did not raise an objection,” Dr. Blake told the Jamaica Observer.

Under the International Association of Athletics Federations (IAAF) rule 5.4, athletes are allowed to compete for another country after sitting out a period of 12 months if there is no objection from their federation of origin. In the case of an objection, the athletes would then need to wait for three years before representing their new country.

Last year, Williams applied along with Andrew Fisher and Kemarley Brown to switch from Jamaica and represent Bahrain. Williams, who was 29 at the time of application on June 12, 2015, would have been eligible to participate at this year’s Olympics, but it is understood that Bahrain had a change of heart and is no longer interested in her representation.

“I don’t know the details but our understanding is that she was not amongst those athletes who were granted a transfer of allegiance by the IAAF. I am not certain why,” said Dr. Blake. “If she hasn’t competed for another country, she is still Jamaican and we don’t have any rules that state she can’t compete for us even though she expressed a wish to go elsewhere.”

Other Jamaican athletes have switched nationality in the past, most notably multiple world and Olympic medallist sprinter Merlene Ottey, who transferred to Slovenia; 400m runner Brandon Simpson, who went on to compete for Bahrain and Jacques Harvey, now Jak Ali, who recently committed to Turkey. High jumper Germaine Mason made the switch to Britain in 2006 and won silver at the Beijing Olympics in 2008.