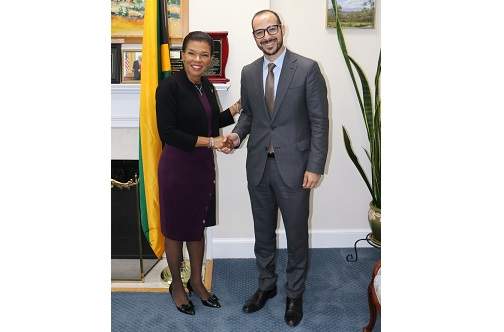 He will be based in Kingston and replaces Galina Sotirova, who held the position for the past four years.

It said that Sevimli’s top priorities will be to lead the World Bank policy dialogue and manage the country programmes and teams to support the development strategies of Jamaica and Guyana, working closely with government, private sector and civil society.

“I feel honored by this opportunity to help further expand and strengthen our excellent partnerships with both Guyana and Jamaica,” Sevimli said, adding “I look forward to supporting both countries on their development priorities for boosting growth and prosperity and reducing poverty”.

Since joining the Bank in 2004, Sevimli has held several positions, including in the Bank’s Africa Region and Europe and Central Asia region. Most recently, Sevimli served as the World Bank’s Programme Coordinator for the South Caucasus based in Tbilisi, Georgia.