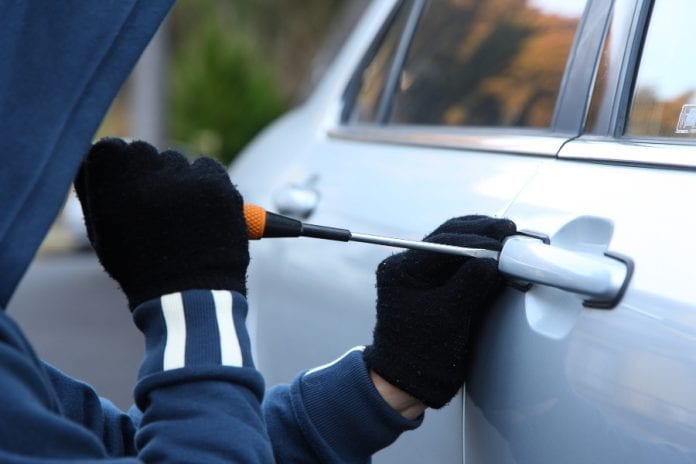 A tool thief fled from a crime scene after he was confronted by the victim, the Broward Sheriff’s Office said.

The burglar was seen on surveillance video holding $180 worth of tools in a tote bag that was stolen from a van about 8 a.m. June 1 at Martin Precise Products in the 2300 block of Northwest 30th Street in Oakland Park.

Surveillance video shows the man smiling as he walked by the camera.

After taking off, the burglar decided to stop one more time to grab something from the Dodge Sprinter he’d just burglarized, deputies said. That’s when the victim took notice of the burglar and chased him.

A struggle took place between the victim and the burglar, but eventually the burglar dropped the pilfered saw he’d taken from the van and drove off.

In the end, the intended victim managed to keep his hacksaw, although his other tools were stolen.

The burglar is described as having a goatee and was last seen wearing dark shorts, a light colored T-shirt and a medallion.