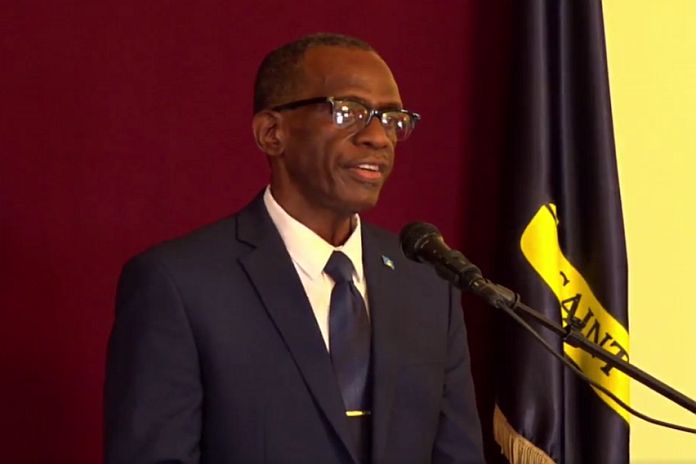 Prime Minister of St Lucia, Phillip J. Pierre will address the nation as his ruling St. Lucia Labour Party (SLP) observes its first 100 days in office, according to an official statement issued on Friday.

It said that the event will be observed on November 13th.

Since being sworn into office on August 5, the new administration “has moved swiftly in meeting key government departments and multilateral institutions to stabilize the local economy and successfully manage the fourth wave of the coronavirus (COVID-19) pandemic,” the statement read.

“Despite the tight fiscal situation of the country, the efforts by the government are currently paying off with some early campaign pledges and other targeted interventions materializing and impacting the lives of thousands of St. Lucians,” it noted.

It outlined a series of “achievements” to date including the payment of facilities fees for all primary and secondary school students at a cost of EC$2.6 million; as well as “ the successful management of the fourth wave and the deadly Delta-variant which severely impacted the world, which resulted in lower infection rates and relaxed but monitored protocols”.

Pierre led the SLP to a convincing victory at the July 26 general election, winning 11 of the 17 seats at stake, with two independents creating history by winning their seats. The other four seats were won by the Allen Chastanet headed United Workers Party (UWP).