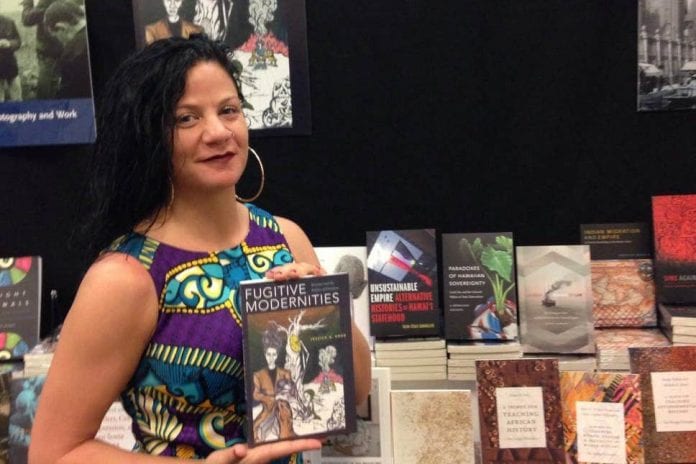 The George Washington University says it is moving to suspend one of its professors after she acknowledged that she is actually white and Jewish and that she has “built her life on a violent anti-Black lie.”

Dr. Jessica A. Krug, an associate professor in history at the university earlier this week, wrote that, throughout her adult life, she claimed to have North African, African American and Caribbean heritage.

“We are working on developing a number of options for students in those classes, which will be communicated to affected students as soon as possible,” it added.

Krug wrote in a blog on Thursday that, “for the better part of my adult life, every move I’ve made, every relationship I’ve formed, has been rooted in the napalm toxic soil of lies. Not just any lies.

Writing under the caption, “The Truth, and the Anti-Black Violence of My Lies,” she wrote “to an escalating degree over my adult life, I have eschewed my lived experience as a white Jewish child in suburban Kansas City under various assumed identities within a Blackness that I had no right to claim: first North African Blackness, then US rooted Blackness, then Caribbean rooted Bronx Blackness.

“I have not only claimed these identities as my own when I had absolutely no right to do so — when doing so is the very epitome of violence, of thievery and appropriation, of the myriad ways in which non-Black people continue to use and abuse Black identities and cultures — but I have formed intimate relationships with loving, compassionate people who have trusted and cared for me when I have deserved neither trust nor caring,” she added.

“People have fought together with me and have fought for me, and my continued appropriation of a Black Caribbean identity is not only, in the starkest terms, wrong — unethical, immoral, anti-Black, colonial — but it means that every step I’ve taken has gaslighted those whom I love,” Krug said, adding “Intention never matters more than impact.”

The professor said that to say that she, clearly, has been battling “some unaddressed mental health demons” for her entire life, as both an adult and child, is “obvious.”

She said mental health issues likely explain why she assumed “a false identity initially, as a youth,” and why she “continued and developed it for so long.”

Krug said she was unsure how to fix her lie, stating that she was “attempting to lay out a timeline” of her deceit to better understand all whom she has violated “and how, and to begin to imagine how to restore, to address, to redress.

“I have lived this lie, fully, completely, with no exit plan or strategy. I have built only this life, a life within which I have operated with a radical sense of ethics, of right and wrong, and with rage, rooted in Black power, an ideology which every person should support, but to which I have no possible claim as my own.”

The history professor said there was “no way” for her to satisfactorily end her statement.