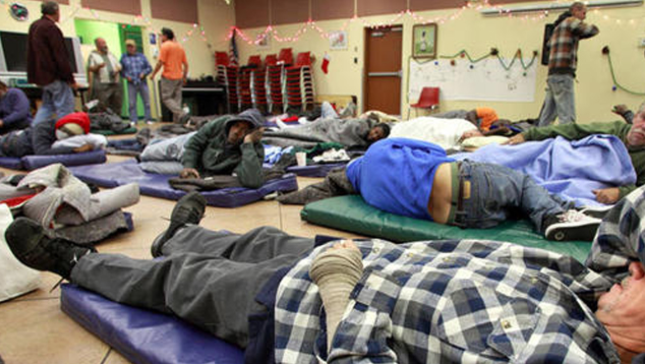 Fighting homelessness in the Caribbean-American community

Homeless ness remains one of the most urgent issues in our community, afflicting countless American cities, and severely so here in South Florida. But not enough is being discussed – or done – about how this very prevalent issue specifically affects the Caribbean-American Diaspora. Many among our community are included in the thousands here in Florida who have nowhere to live.

Many Caribbean-Americans are living in local homeless shelters such as the Salvation Army shelter in Fort Lauderdale and the Camillus Home in Miami. They were made homeless because of a variety of reasons – mostly commonly due to the inability to earn sufficient income to purchase residential shelter. Defying our mental image of what homelessness looks like, these individuals were also people who once owned or rented upscale residences, but through financial failings were forced to live on the street.

One of the more poignant stories is from a 23-year old women, whose parents died while she was studying at a college in California. Graduating and returning to South Florida, without relatives and unable to get a job, she was evicted from the home she lived with her parents for 12 years. She was invited to live with a friend, but soon wore out her welcome and was asked to leave. She lived in a homeless shelter for two weeks before she was able to land a job. Her story however, is a brief experience compared to many other Caribbean-Americans. Many families experience repeated bouts of homelessness when their earning circumstances are unstable, forced to live in their cars or find shelters that provide a stable situation.

Maintaining good health and sense of safety is one major consequence not discussed enough. Several homeless people have been the target of beatings, robbery and rape. Particularly for homeless teens, their circumstances have often forced them in illegal activity, from gang violence to prostitution. Most dreadful of all, homelessness still carries a powerful stigma in our Caribbean-American community, with the tendency to marginalize those most in need. This makes our community’s ability to talk about the many faces of homelessness difficult, leading us to a culture of silence that fails to seek solutions.

Fortunately, the conversasion has opened up, with more volunteer community groups emerging to fill the void not being filled by public organizations to alleviate the plight of homelessness. Many Caribbean-Americans participated in Homeless Forum, led by the Greater Miami Chamber of Commerce in Miami-Dade County. Those participating in this forum included business and community leaders who met to find solutions to the complex issues that continues to affect so many lives.

Our community, however, is still in need of some cohesive organization actively campaigning for the cause. Granted, some  churches and residents in the community reach out to the homeless periodically with meals and clothing. But these initiatives, however noble and useful, are limited in scope because all their resources and personal efforts are fragmented. This is a community-wide problem that requires more than food drives, or free meals around the holidays. It’s not enough to give homeless individuals handouts, but divert the real solutions to this problem to over-burdened public organizations. It’s a formidable truism that most people are one pay check away from homelessness.

In hindsight, society seems to treat crime and homelessness in the same, problematic ways. Often society build prisons to incarcerate criminals instead of developing programs that offers pragmatic, preventative support to vulnerable individuals. Similarly, society tend to focus on building homeless shelters instead of developing programs, including job-training programs, that offers those faced with homelessness alternatives to living in these shelters.  There’s a urgent need for all communities to explore practical resources that makes living in homeless shelters the sole option for too many.

An appeal goes out to altruistic-minded people within the Caribbean-American community to take leadership in developing organizational support that can pragmatically assist those within the community who are threatened with homelessness, and provide safety nets to help those who have lost the resources to maintain a home. This is a problem the community cannot allow to escalate.