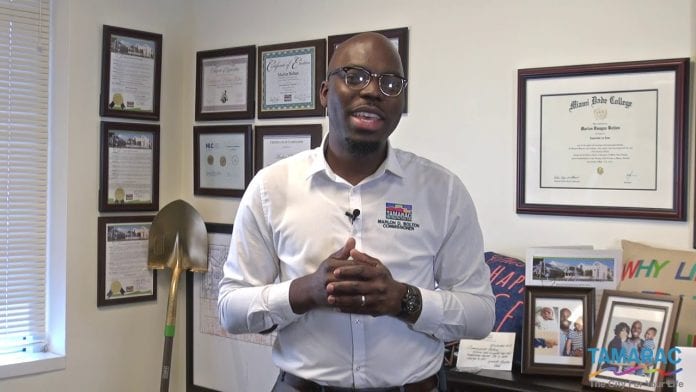 As Women’s History Month celebrations take place across the nation in tribute to societal achievements and contributions by women, the City of Tamarac, in an initiative sponsored by District 1 Commissioner, Marlon Bolton, will launch a new campaign named in honor of the late U.S. Supreme Court Justice Ruth Bader Ginsburg, to advocate for women who live and work in Tamarac.

The City of Tamarac’s Mayor and Commissioners voted unanimously, during the March 10th Commission meeting, to implement the City’s new Ruth Bader Ginsburg Commission on the Status of Women.

First proposed by Bolton in early 2021, the goal of the newly adopted Women’s Commission is to identify and resolve economic, health and social disparities that fail to promote gender equality and empowerment of women in Tamarac.

“Through the decades, our nation has made great strides in women’s rights and concerning the fair and equal treatment of women; but we still have quite a way to go,” said Bolton.

“I am proud to have advocated for Tamarac’s Ruth Bader Ginsburg Commission on the Status of Women; as it is my personal responsibility as an elected official to make sure that when Tamarac rises, we rise together as a community – with no member left behind due to gender, race, economics or age.”

The five-member board is tasked with conducting studies about women to make policy and ordinance recommendations to the City’s Mayor and Commission. Recommendations will focus on fair and equal treatment, health, wellness, education and training.

To reflect the diverse perspectives of the Tamarac community, the Mayor and Commissioners will appoint one board member to represent their respective constituents.

Under the guidance of the Tamarac Human Resources Department, the Ruth Bader Ginsburg Commission on the Status of Women will also advocate for women employed by the City.

The Women’s Commission is additionally tasked with monitoring and evaluating the City’s employee pay scale to ensure equal compensation for women performing the same work as male counterparts.

Women’s Commission appointments are currently underway. The first meeting will take place within 30 days of the last appointment.