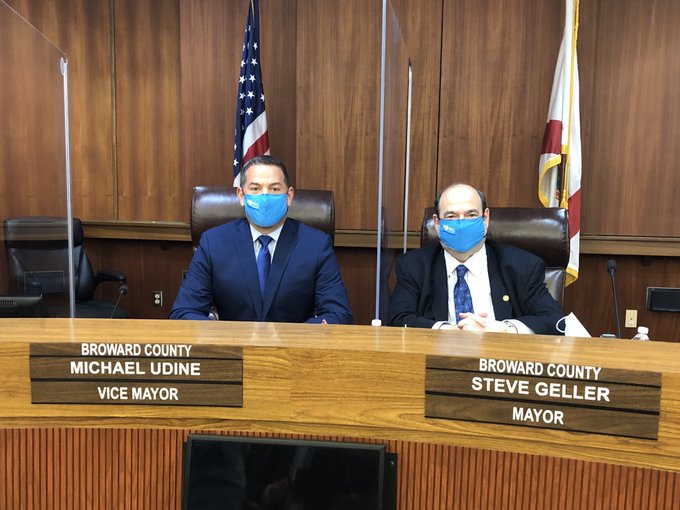 Steve Geller is Broward County’s new mayor after being selected by his fellow county commissioners to serve in that role.

Geller replaces Jamaican-American Dale Holness who served as the mayor of the County from November 2019. The elected commissioners decide on which members serve as their mayor and vice mayor on a yearly basis each November.

The 62-year-old Geller said one of his first acts as mayor was to send a letter to Florida Gov. Ron DeSantis requesting a statewide mask mandate, saying coronavirus infections in the state and in Broward were getting worse and could go up over the holidays.

“Until we get the vaccines distributed, there are only two ways to fight COVID – masks and shutdowns,” he said during the commissioners meeting.

He also echoes sentiments made by President-elect Joe Biden, saying that a mask is “not a political statement” but a “medical device designed to protect people’s lives and health.”

While Gellar is all for new restrictions, Gov. DeSantis has repeatedly said that the state will not impose any lockdowns or stricter restrictions.