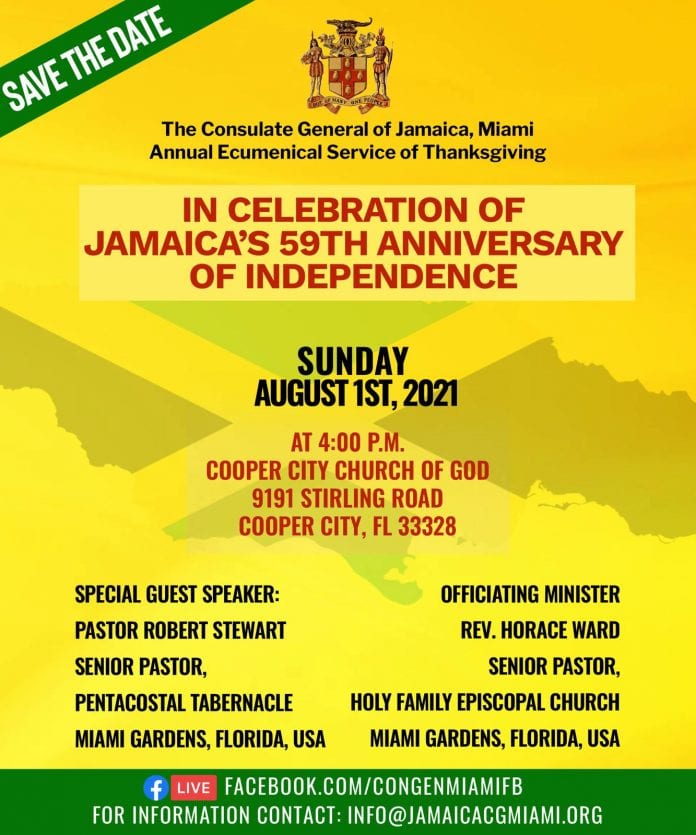 In recognition of Jamaica’s 59th Anniversary of Independence, the Consulate General of Jamaica, Miami will hold the annual Ecumenical Service on Sunday, 1st August, 2021, starting at 4:00 p.m.

The Service will be held at the Cooper City Church of God, located at 9191 Stirling Road in Cooper City, Florida.

The Service will also be streamed live on various media platforms.

The Service will feature the official message from the Prime Minister of Jamaica, the Most Hon. Andrew Holness, ON, MP. The Order of Service will also include several recitals from local performers including the South Florida Caribbean Chorale, directed by Steve Higgins, Tallawah Mento Band, directed by Colin Smith, and the Jamaica Folk Revue, among others.

Relating to this year’s theme “Jamaica 59 Stronger Together” Consul General Mair invites nationals and friends of the Diaspora to join us in worship celebrating Jamaica as an independent nation.