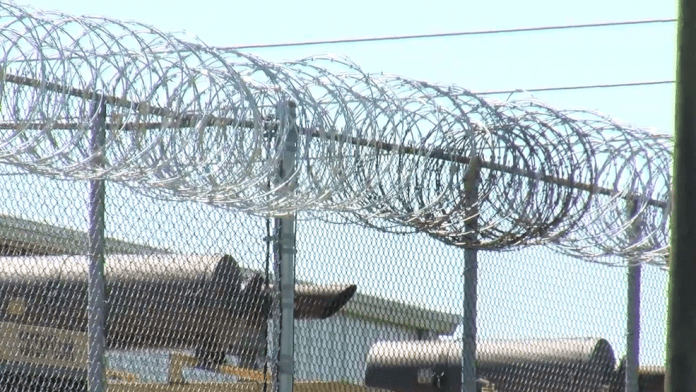 LOWELL, Fla. (AP) — An inmate at a Florida prison is suing the state’s Department of Corrections over allegations that an officer put chlorine bleach in her drink.

In a lawsuit filed last week in Marion County, inmate Alfreda Gunn claims that she and corrections officer Qualesha Williams were “in a heated verbal dispute” in January at Lowell Correctional Institution, the Ocala StarBanner reported.

After the argument, the lawsuit said, several corrections officers, including a supervisor, heard Williams telling Gunn “I got something for you,” which the lawsuit contends “meant some sort of retaliation.”

The supervisor, who’s a sergeant, “did nothing to intervene and nothing to calm C/O Williams down or correct her threatening behavior,” the lawsuit said.

According to the lawsuit, a corrections officer watched Williams spray bleach into a cup and onto the food tray being taken to Gunn. Williams was not assigned to supervise or take part in feeding the inmates but was allowed to carry food trays in the dorm. The lawsuit said she gave Gunn the tray that had been sprayed.

Gunn detected the bleach when she took a drink from the cup, the lawsuit said. Williams walked away without checking on the inmate. But Gunn called out to the officer who had reportedly watched Williams spray bleach on the food. That officer told her “she could not help unless it was ‘life or death’ because shift change was approaching,” the newspaper reported.

However, that officer told another supervisor and an investigation began. Gunn was taken to a nurse at a nearby prison facility.

Williams eventually was arrested and charged with poisoning food or water, which is a first-degree felony, and has pleaded not guilty. She is represented by attorney Mark Matthew O’Mara of Orlando.

The lawsuit claims corrections officials “were recklessly indifferent to the misconduct and constituted a state-created danger, resulting in violations of rights.” Gunn is represented by attorney David A. Frankel of Hollywood.

State corrections officials said they moved to “immediately dismiss” Williams when she was arrested, and that the incident was reported promptly and the agency’s Office of Inspector General was notified so it could investigate, the newspaper reported.

“The Florida Department of Corrections takes all allegations of abuse or mistreatment of inmates seriously and encourages all inmates and staff to promptly report inappropriate or illegal conduct,″ the agency said in a statement.

The state corrections website said Gunn has been in prison since August 2016 on multiple offenses such as grand theft, burglary and trafficking in stolen property. She’s scheduled to be released in November 2022.