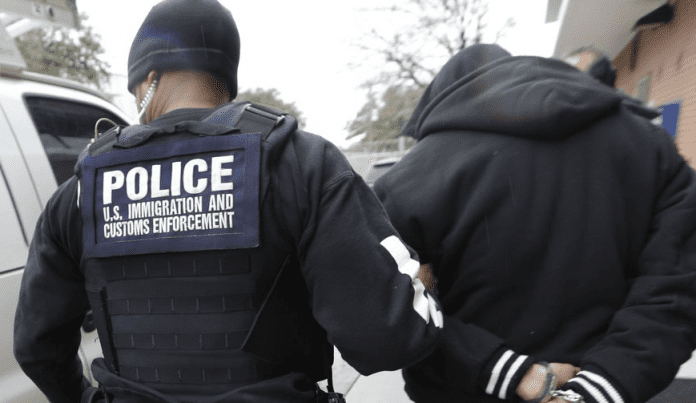 In what U.S. Immigration and Customs Enforcement’s (ICE) spokesperson Tammy Spice called a targeted operation conducted from February 29 to March 4, the agency arrested 25 immigrants in Central Florida, including Caribbean nationals from Jamaica, Guyana, Trinidad and Tobago, and Turks and Caicos Islands.

According to Spicer, the only individuals who were arrested were convicted on charges meeting ICE’s “enforcement priorities.”  This only included “threats to national security, border security and public safety.” Some of the felonies apprehended in the Orlando had felony convictions for serious or violent offenses including manslaughter, child abuse, armed burglary, false imprisonment, weapons and drug violation.

The second ICE priority for detention is for repeated, three or more, “significant misdemeanors” including sexual abuse or exploitation; domestic violence and driving under the influence. Some of those arrested were also felons convicted of felony DUI, hit and run, and racketeering.

Spicer says she understands the sensitivity of the Caribbean American community regarding ICE operations, but pointed out the agency’s operations raids are primarily against convicted felons, not the general undocumented immigrant community.

“Law abiding residents need to have no fear of ICE,” said Spicer.

Lindo, however, acknowledged that young immigrants were more vulnerable to “be easily led to join criminal gangs.”  Immigrant families should be “very aware” that convictions for criminal gang activity is included in ICE’s top priority.

In 2015, ICE apprehended 235,413 individuals, of which, according to the agency, “the vast majority…were convicted criminals who fell within ICE’s civil immigration enforcement priorities.” Ninety-eight percent of those apprehensions were included under the agency’s immigration enforcement priorities. The apprehension of immigrants who were convicted criminals increased from 82 percent in 2013 to 91 percent in 2015.