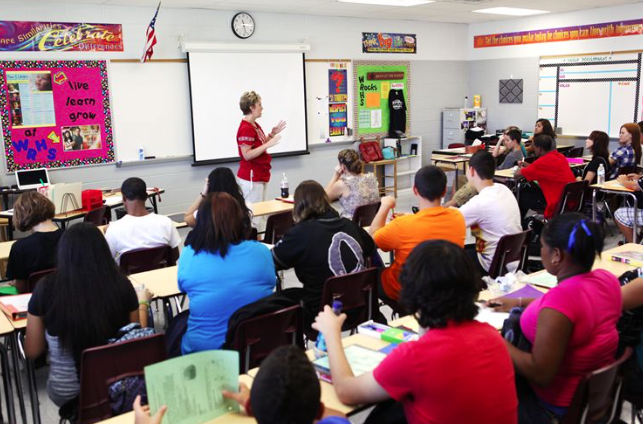 South Florida Public School superintendents expressed caution all round on how to read the recently released county grades from the Florida Standards Assessment (FSA) taken by students in the Spring of 2015, which has caused some controversy.

Palm Beach County students performed the best among the three counties, receiving an overall A grade, while Broward and Miami-Dade counties were both rated B. Both Palm Beach and Broward counties received significantly more F’s than in 2014, while Miami-Dade County stayed about the same. But, plagued by technical difficulties, the test had also attracted controversy based on the clarity of its assessment criteria and how realistically the new, more challenging format could be applied for current students.

“They keep changing how they grade schools. It’s difficult to understand the exact performances of the schools,” noted Palm Beach County Superintendent Robert Avossa, though noting pleasure with the county’s improved from a B grade last year. But, with schools rated on a former system over the last few years, the county would need another year or two on the current FSA system to really determine their performances in relation to the new standards, argued Avossa.

Miami-Dade Superintendent Alberto Carvalho said it was “illogical to compare” scores from 2014 and 2015 at a single school because the standards were different.

Alternatively, Broward schools Superintendent Robert Runcie suggested that parents should not put too much stock in this round of school grades.

“These grades really only tell you about where students are today,” he said. “And I will tell you just from a mission standpoint that we’re not here doing this important work because of where our children are today, we’re here because of where we can take them tomorrow… and in order to track that, we need to look at learning gains. We are continuing to analyze data, sharing best practices, and maintain our focus on doing what’s right for students.”