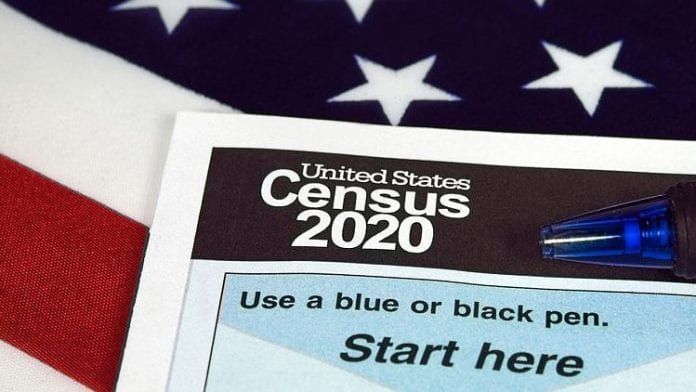 In about 10 minutes—the time it takes to complete the U.S. Census online at www.2020census.gov—South Floridians can determine their future for the next 10 years.

However, residents stand to lose big if the 2020 census ends with a low count from the Tri-County area—especially since the U.S. Census Bureau announced it will be cutting its data collection schedule a month short to end on September 30, instead of October 31, 2020.

The date change is in an attempt to meet the end-of-year deadline to submit data used in the redrawing of congressional districts.

This is a worrying development for researchers, politicians and others who believe shaving off four weeks of collecting census data will disenfranchise hard-to-count communities that include minorities and immigrants—such as Broward, Miami-Dade and Palm Beach counties. They also worry the data will be skewed, and to the detriment of many of these same communities.

What’s at Stake For South Florida

While the census might not be a priority for some Floridians, particularly amid the pandemic, it is a crucial component of how South Florida will fare for the next 10 years.

There is a lot at stake. Not only is the decennial census crucial to America’s democracy and fair representation in Congress, but it also helps to decide how more than $1.5 trillion per year in federal funds are apportioned. What that means is that if counties and communities are undercounted, they stand to lose millions of dollars, which would negatively impact funding for schools and nutrition programs, hospitals and nursing homes, roads and highways, emergency preparedness and services, and other vital programs for the next 10 years.

So far, the self-response rate for Florida is at 59.7 percent—a decrease from the 63.0 percent rate recorded around the same time in the 2010 Census. The rates in the Tri-County are lagging behind as well, with Broward and Palm Beach counties at 3 to 5 percentage points lower than what they were in 2010. The decrease in Miami-Dade is staggering, with response rates 8 to 11 percentage points lower.

Commissioner Nan Rich, Broward County Complete Count Committee chair said in a televised interview in March, “We had $210 million that was left on the table, and we’re trying to lower that…We need to get our fair share, particularly because of the diversity of our community—immigrants, seniors, 0-5 population. We’re vulnerable if we don’t get those people counted.”

Cindy Arenberg Seltzer, president and CEO of Broward’s Children’s Services Council (CSC) shares the same sentiments. She told CNW, “Young people were drastically undercounted in the 2010 U.S Census—which missed more than 1 in 10 children under the age of five…When we fail to count children, the programs that support their well-being—such as childcare, schools, health insurance, housing, and public transportation—lose out on needed funds for the next 10 years, an entire childhood.”

Now, with the deadline less than two months away, some local government and civic groups are stepping up their efforts to get residents counted.

Broward County has launched a countywide workforce campaign, with an August 10-16 week of action, to encourage employers to dedicate 10-15 minutes to allow their employees to complete the census if they have not already done so.

Palm Beach County Administrator Verdenia C. Baker said in March they developed a map highlighting the areas estimated to be undercounted and would be focusing on those areas.

But with the lockdown restrictions stemming from the coronavirus pandemic, many census outreach plans have had to be shelved or reconfigured to operate virtually.

In a recent opinion piece in the Palm Beach Post, Florida Counts Census 2020—a statewide initiative formed by eight philanthropic and nonprofit organizations throughout Florida—urged government leaders to promote the census in light of the pandemic’s impact.

The opinion writers, Scott Hansel, CEO of Housing Partnership and Reginale Durandisse CEO and founder of For The Children, sounded the alarm at the weak self-response rate in Florida and in Palm Beach County specifically, where the self-response rate as of July 28 is 60.4 percent, which is below the national average of 62.6 percent.

Hansel and Durandisse also reminded leadership that Florida recorded the 3rd largest state omissions (missing 1.4 million people) in 2010, losing out on about $20 billion in federal funds over the 10 years following.

“The stakes are huge: for each adult and child missed, Florida’s state and local budgets will lose an estimated $15,000 per person per year,” they added.

In Miami-Dade—one of the top 10 most populous counties in the nation with some 2,761,581 residents—the self-response rate is even more dismal at just 57.1 percent according to data from the county. Miami-Dade also ranks in the top 10 for having the highest numeric growth, with an increase of 263,568 persons.

Miami-Dade’s goal is to reach or surpass an 82 percent completion rate.

So what can we do?

Fill out the census as soon as possible, if you haven’t already done so. The easiest way to do this is to log on to www.2020census.gov and complete the online form in 10–15 minutes. To complete the census by phone with a Census Questionnaire Assistance representative, call 1-844-330-2020. If you prefer the mail-in option, you can mail back the paper questionnaire sent to your home.As Arenberg Seltzer puts it, “Make sure everyone in your family is counted. You count! We all count!”