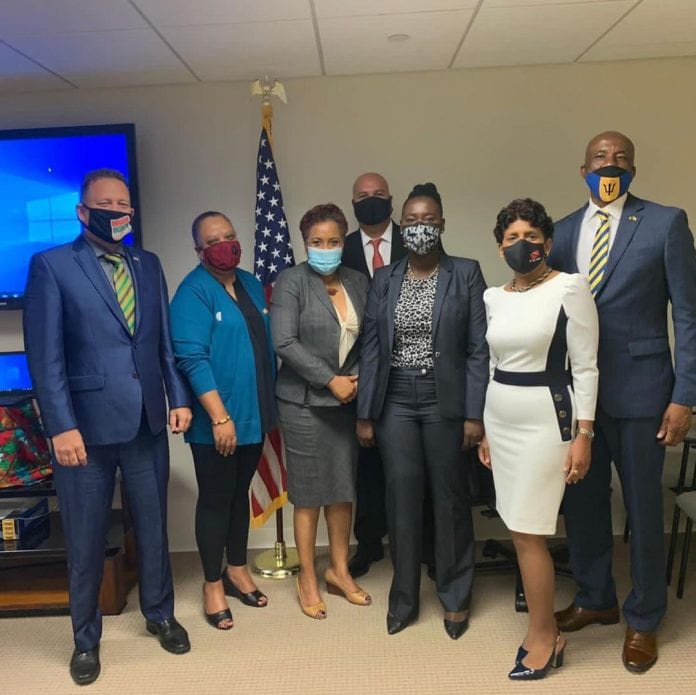 As St. Vincent and the Grenadines continue to reel from the aftermath of the eruption caused by the La Soufriere Volcano last week, their Caribbean neighbors and Caribbean diaspora are stepping up to offer their assistance.

Among the groups conducting disaster relief efforts is the Caribbean Consular Corps in Miami, which recently sent a shipment of essential supplies of water and face masks, to victims of the disaster.

At an urgent meeting convened by the Caribbean Consular Corps on April 15, it was agreed they would join in solidarity to support the people of St. Vincent and the Grenadines.

According to a joint statement from the group “We are standing with our brothers and sisters in this time of need. As Caribbean people, we believe it is important that we stand together in solidarity. At any time, any one of our countries could be affected by a natural disaster.”

It was further stated that the consuls general were pleased that the Caribbean diaspora has been responding favorably to the needs of the victims and that they will jointly give these initiatives their wholehearted support.

The initial reports highlighting the devastation included clouds of ash blanketing the island causing water and power outages. Thousands of residents were evacuated as it is expected that explosions could continue for days or weeks causing further damage. The residents, especially the frontline workers, will desperately need all their support at this time, the statement continued.

According to the team of consuls general, it was agreed that each consulate would contribute to the cause by donating basic medical supplies of masks and personal care packages, and also large volumes of water. The consuls general are working to boost the support of their respective governments.