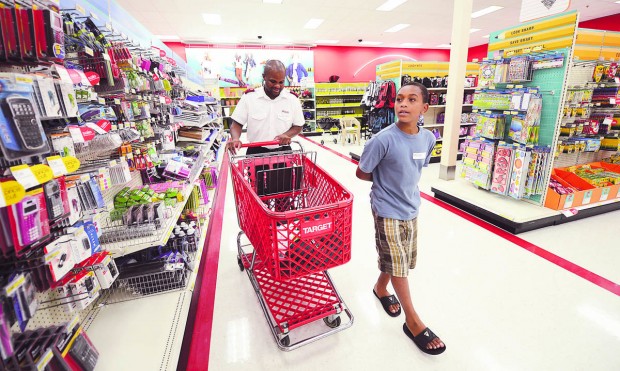 South Florida parents alike hit the stores for the recent 10-day tax holiday season, stocking up on school supplies and clothing for the next scholastic year. But the tax break also helped cash-strapped parents in the Caribbean. This year’s tax break also functioned as much-needed back-to-school remittances, as shoppers buy extra to send to young relatives back home.

“We’ve never had to reorder barrels twice in one week,” noted Phillips. “It’s very definite that demands shot up from our customers and agents.”

The observed uptick could correlate to the longest back-to-school tax holiday in the state’s history, jumping from last year’s mere three days to this year’s 10. With this extra time to organize back-to-school drives, Phillips also noted that more charities took advantage of the subsidized shipping to send more to their sponsored schools.

“All the charities hosting drives throughout the summer now have all these books and bag packs they need to take back quickly in time for school back home,” said Phillips.

This proved true for teenage philanthropist Deborah Gordon, who took advantage of the tax holiday for a second round of personal donations for her “I Need” charity organization. Gordon traveled to Jamaica earlier this month with school supplies for students in Riverton City, a low-income community in Kingston. But, seeing greater demand than anticipated, Gordon returned to Florida last week to buy more during the tax holidays, purchasing over $200 worth of supplies.

“The tax savings were a life saver,” says Gordon. “The extra I saved really helped me get more really well-needed supplies for those deserving and appreciative kids in Jamaica.”

Though in the spirit of philanthropy, the back-to-school remittances phenomenon also proved a financial boon for local business, as customers doubled up on their purchases.

Patrice Latouche, owner and operator of a North Miami store selling clothing for teenagers, said “the tax holiday was like Christmas in August for us. Sales soared.”

And thanks to the sales boost, it seems both customers and business alike support the longer tax break season.

“I wish it could have lasted a few more days,” said Latouche.