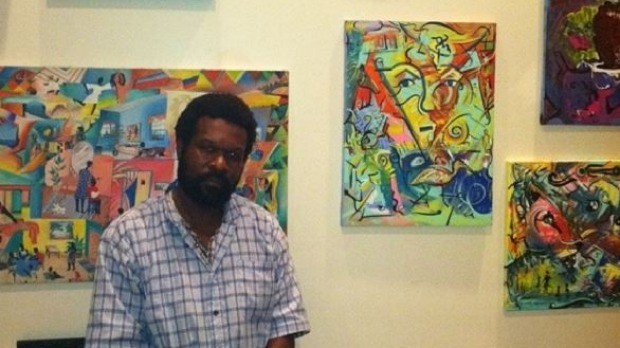 Haitian-born and Delray Beach-based artist Jean Losier has pled guilty to forging over $4.5 million in counterfeit U.S. bills from his studio.

The extensive counterfeit ring began in 2008 as a printing plant out of his apartment, where he bleached genuine $1 bills and printed $50 and $100 denominations on the paper. Distributors would then buy the bills from him at 10 cents on the dollar. Most of his fake currency circulated throughout South and Central Florida, but authorities also claim that that about $1 million was circulated in other states, as well as abroad.

Born in Port-au-Prince, Haiti in 1974, Loiser moved to the United States when he was 3. Before he was arrested, Loiser ran an art studio in Delray Beach, and was popular among local restaurants for his brightly colored contemporary paintings and sculptures. His work also regularly appeared on the local art festival circuit.

Loiser faces a maximum 20-year federal prison sentence, in addition to the 5-year term he is currently serving, after a jury in Jacksonville found him guilty of a related offence in June. Prosecutors have agreed to recommend he will serve both prison terms at the same time. He will also be likely deported back to Haiti following his prison term. His final sentence will be decided next January.

His lawyer Jason Kreiss has pleaded for leniency, saying to the judge that “Mr Losier has accepted responsibility for his actions and he is very sorry.”