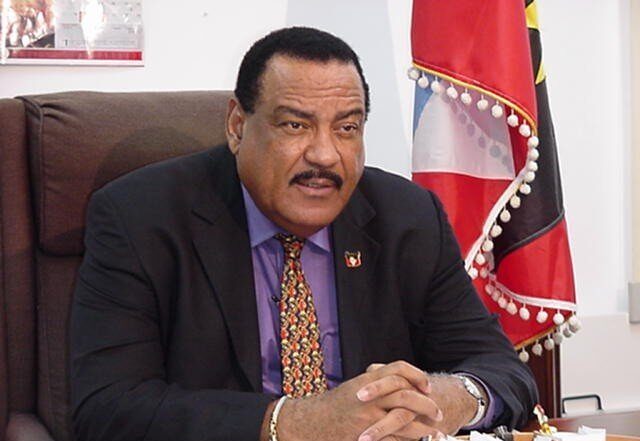 Antigua and Barbuda’s late former Prime Minister Sir Lester Bryant Bird was laid to rest on Thursday after a state funeral at which he was remembered as a selfless man who gave his all to his country and his family.

Following a procession, a funeral service was held at the Sir Vivian Richards Cricket Stadium on a day declared a national holiday to ensure as many people as possible attend the state funeral for the national hero who died on August 9 at the age of 83.

Several tributes were delivered at the funeral service, through messages, musical presentations and song, from political and other organisations, family members and other loved ones.

One of Sir Lester’s daughters, Donyelle Bird-Browne, delivering the eulogy, reflected on his personal life and his contribution to the country he led from 1994 to 2000, succeeding his father, Sir Vere Cornwall Bird.

“My father was a man who gave. He was ingenious, and gave much to his work, to his country, to his friends and to his family. That is why, as we gather here to say goodbye to him, I would like not to speak in mourning of his death but to speak in celebration of his life,” she said. “Here was a life destined to demand notice, a life that exemplified brilliance…a life that inspired emulation, a life that burned bright so that the paths of others were illuminated along the way.”

“My father was a strategic thinker, a visionary who was brilliant, innovative and creative. As such, he contributed much to the development of this nation through his work and subsequent leadership of the Antigua Labour Party.

He always led with humility and service. It was always about the people,” she said adding that the late leader had “empowered a nation to catch his vision and to live their dream”.

While tributes to Sir Lester since his death have focused on his accolades and accomplishments in public life, Bird-Browne, who described her father as “her rock” when she was growing up, spoke about his family life.

She said he was “living proof of how inspirational and perfectly imperfect a person can be”.

“As a husband to his wife and father to his children, he loved and gave devotion the best and only way he knew how. When he fell short and it led to anger, sadness or disappointment, he acknowledged his culpability and humbly asked for acceptance of his frailties without judgment,” Bird-Browne recalled.

She added that the life he lived could be summed up in the following way: “He was sincere, he was earnest, he was loyal, he believed in peace, in love and in hope, he wad dedicated to anyone and everything that held meaning to him and a place in his heart.”

Prime Minister Gaston Browne told those gathered for Sir Lester’s funeral service that he was a special son of the soil, whose contribution spanned the areas of sports, politics and law.

In his tribute, President of the Antigua and Barbuda Trades and Labour Union (AT&LU) Wigley George said the former prime minister had maintained and strengthened the bond between the AT&LU and the Antigua and Barbuda Labour Party (ABLP), and under his leadership, several advancements and improvements were made for workers in the twin-island nation.

George described Sir Lester as a great fighter and champion.

“He enlarged the number of public workers and made Herculean efforts to meet their expectations during negotiations. His word was his bond and his people loved him for his unflinching courage,” the trade union leader said.

His funeral service, which was attended by vaccinated mourners only and at which COVID-19 protocols were observed, followed a week of events in his memory.

Sir Lester began his political career in 1971 when he was nominated to the Senate. He was chairman of the ABLP from 1971 to 1983.